Built between 1519 and 1547 as a hunting lodge for King François I (1494-1547) whose principal residence was the Chateau de Blois. Chambord is one of the world's most recognizable chateaux and is universally accepted as "architectural genius," blending the French Medieval with French Renaissance. It is also the largest of all the chateaux in the famous Loire Valley and contains 440-rooms, 282-fireplaces, and 84-staircases. After the French Revolution, to raise money the new government ordered it to be stripped of its furnishings, panels, and even its floors, which were all sold off....
zoom_in 19 images 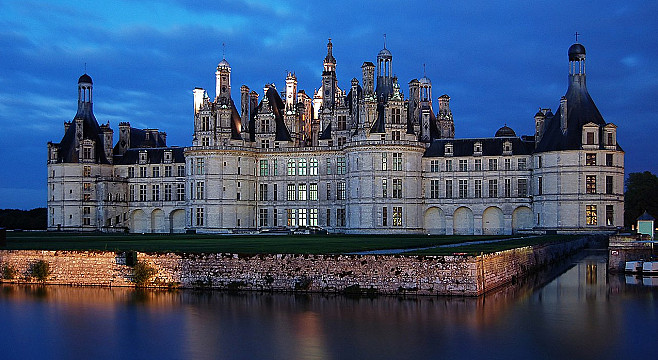 The château was left derelict and despite some conversations in the 19th Century about restoring it, nothing happened. During the Second World War, it became a warehouse as treasures from the Louvre and the Palais de Compiègne just north of Paris were moved here. The chateau has inspired countless other castles and mansions across the world. Perhaps notably the Schwerin Palace in Germany; Waddesdon Manor in England (the inspiration behind Biltmore); and, a great many American Chateaux including 867 Madison Avenue in New York City and Seaview Terrace in Newport, Rhode Island. Today, the château is open to the public and receives over half a million visitors a year.