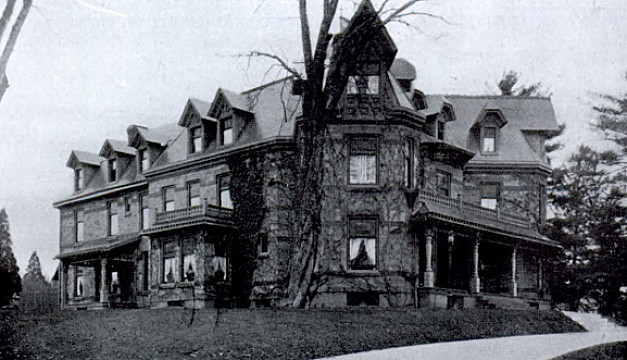 In 1878, the Barneys purchased an old farmhouse named "Eildon" on land that adjoined Ogontz, the estate acquired by Laura's father, legendary financier Jay Cooke (1821-1905). The farmhouse had long been occupied by Frederick Fraley who prior to then had been renting it to Rachel Carr as Miss Carr's Ladies Seminary, fomerly housed at Linwood Hall.

The Barneys newly acquired house was destroyed by a fire and in 1881 they replaced it with a new Queen Anne-style mansion, "one of the finest and most complete residences at Chelten Hills". Designed by Isaac Harding Hobbs, the large stone mansion set within "beautiful grounds" was trimmed with brick and looked out over an expansive lawn shaded by old trees.

Laura's father's finances had taken a turn for the worse in the 1870s and being forced to close Ogontz, in 1881 he moved next door into Eildon with the Barneys, "in a large second story room overlooking the foliage of great trees and the greensward".

Two year's after Laura's death, her fourth daughter, Emily Bronaugh Barney (1876-1961), married Johann Friedrich Hiller von Gaertringen (1875-1931), Baron von Hiller. After living in Mexico and Pittsburgh, the von Hillers returned to take up residence at Eildon with Emily's elderly father. The Baron - known as Friedrich or Fritz - died there in 1931.

Charles Barney himself lived to be 101-years old and died at Eildon in 1945 with his two widowed daughters by his side, Emily and Elizabeth, who lived there with him. Two years later, the house was demolished and in 1956 the Elkins Park House apartment block was built in its place. 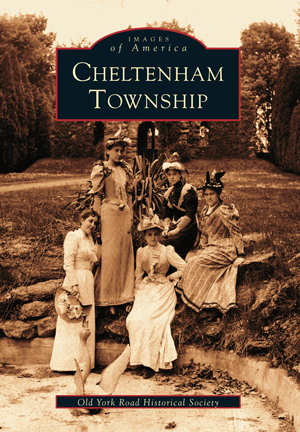 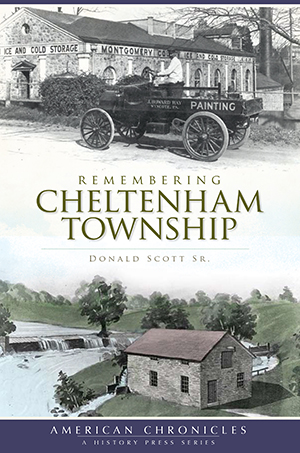