Completed in 1844, for Eleutheros Cooke (1787-1864) and his wife, Martha Carswell (1792-1878), the parents of legendary financier Jay Cooke of Ogontz. In 1878, the house was purchased by Rush R. Sloane who moved it - reconstructing it stone-by-stone - to its present location further along Columbus Avenue. Sloane gifted it to his son, Thomas, who had married one of Cooke's grand-daughters, Sarah. Today, it is a popular house museum also known as Cooke-Dorn House for its last private owners, Randolph J. Dorn (1899-1965), President of the Barr Rubber Products Company. In 1994, his widow, Mrs Estelle Dorn, gifted the property to the Ohio Historical Society.
zoom_in 1 images 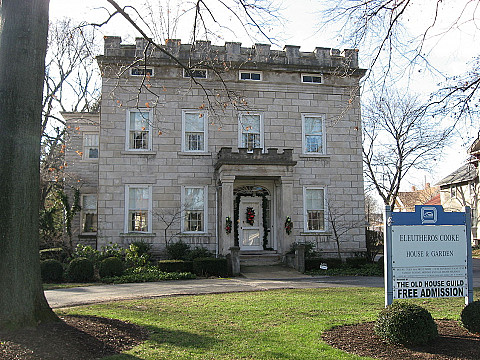