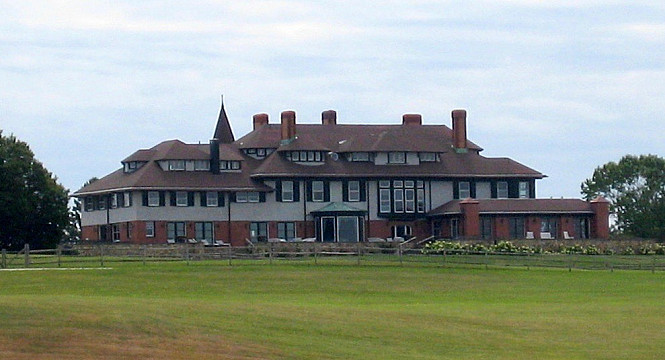 The Olmsteds continued to make various improvements to the property up until 1946, by which time Hammersmith had passed to Hugh's son, Hugh Dudley Auchincloss Jr. (1897-1976). It was here in 1953 that Hugh hosted the wedding reception for his stepdaughter Jackie on the occasion of her marriage to John F. Kennedy (1917-1963). In order to find a moment's calm amid all the preparations, Jackie had spent the day before the wedding at Stonor Lodge. During the early 1960s, John and Jackie came here frequently and it served as an informal "Summer White House". In 1977, Hugh's widow sold the property to a group of investors and for the next twenty years it was open to the public. In 1997, it was sold to William F. Farley for just under $6.7 million who flipped it two years later for a tidy profit of $1.3 million to banker Peter Kiernan, of Goldman Sachs. After carrying out extensive restorative works, it was once again returned to being a family vacation home.

Jackie's Newport: America’s First Lady & the City by the Sea By Raymond Sinibaldi