Built in 1763, for James Beekman (1732-1807) and his wife, Jane Keteltas (1734-1817). It stood overlooking Turtle Bay at what is today roughly the northwest corner of 1st Avenue and East 51st Street. Beekman was a wealthy merchant and grandson of the acting Governor of New York whose father came over from Holland with Peter Stuyvesant and became Mayor of New York City as well as Governor of Delaware and Pennsylvania. Beekman built his country home in the Dutch style and the interior was particularly lavish with elaborate black marble mantels, Tuscan columns, molded ceilings etc., all imported. Barely a decade after it was completed, Revolution had reared its head...
zoom_in 10 images 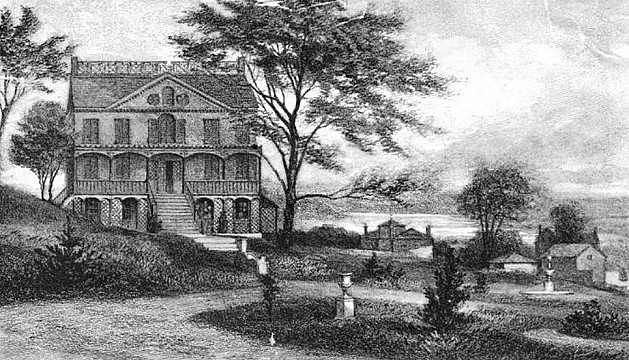 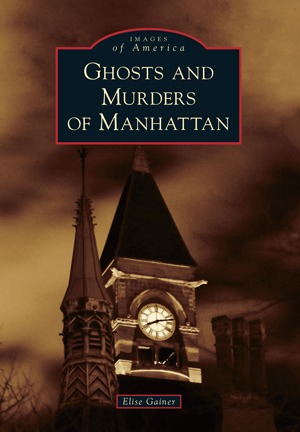 Ghosts and Murders of Manhattan By Elise Gainer 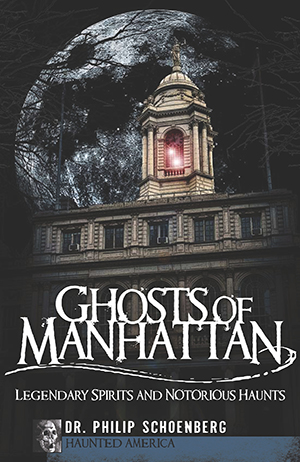 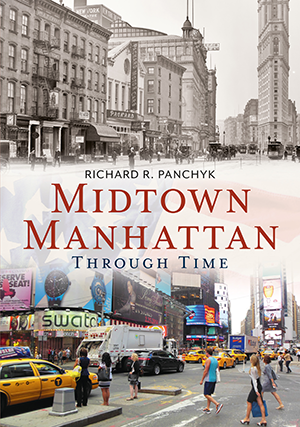 Midtown Manhattan Through Time By Richard R. Panchyk
In August, 1776, General Washington fell back here for a few hours rest after his defeat at the Battle of Brooklyn. He warned the Beekmans that the British were fast approaching and so after hiding their valuables in a concealed closet in one of the bedrooms, the Beekmans took their leave with Washington. The house was then occupied by the British and in September, 1776, the captured Patriot spy Nathan Hale (1755-1776) was tried and sentenced to death in a makeshift court held in one of the empty greenhouses.

The Beekmans gardener remained on the estate and he kept a record of the British officers who occupied the house during the war: General Lord Howe for seven months; General Sir Henry Clinton for three years and six months; General Robertson until May 1782; and, lastly General Carleton for five months before the British were evacuated from New York. It was here in 1780 that the British spymaster Major John André spent the night before going to assist Benedict Arnold at Fort West Point - for which he was caught and hanged.

In the Summer of 1780, Clinton leant the house to the Baroness von Riedesel whose husband was a Hessian General fighting with the British. She lived here for just over a year during which time she wrote many letters and frequently described the beauties of the house, its gardens and situation - also making mention of the splendid peaches, grapes and apricots grown there. Her temporary home, “left nothing for a tenant to desire”.

Lemonade on the Lawn

The Beekmans returned to Mount Pleasant at the end of 1783 and much to their delight and astonishment they found not only found the house in immaculate condition, but all of the valuables they had hidden away had remained undiscovered. When George Washington and his entourage made their "Triumphal Entry" into New York in November, 1783, he again stopped at the Beekman house, only this time to enjoy a glass of lemonade made from lemons grown in their renowned greenhouses.

Despite Beekman having had his home returned to him in perfect order, he still felt compelled to send a bill to the British government for rent due during its occupation! Beekman died in 1807 and the house passed to his eldest son, William. William died just one year later and he left the house to his next brother, Abraham. Abraham died in 1816 and the house now devolved to their next brother, James Beekman Jr. (1758-1837), who continued to use the house with his wife, Lydia Watkins, as a country retreat.

History on the Move

In 1837, having no children of his own, James Jr. left the estate to his nephew, James William Beekman (1815-1877), State Senator for New York. By 1840, the once tranquil farmland was slated for development and rather than see it demolished to make way for 51st Street, James W. Beekman paid a significant sum to have the family home moved one block south. The house may have survived, but the magic of the place was lost. By the end of the of the Civil War (1865), the Beekmans had abandoned the house and leased it to Dr J. Gardner Morey and his wife who lived in it, "for pure love of its antiquity".

One of Mount Pleasant's more notable rooms included one, "the ceiling of which is ornamented with a belt of green, and the fire place with old fashioned porcelain jambs, looking like the dainty parlor of some fairy queen". It was in this room that Francis Hopkinson (1737-1791) was said to have written the words to the popular 19th century ballad, "The Battle of the Kegs". Another of its rooms was, "long celebrated among superstitious servants, for its ghosts and strange outlandish noises"!

Dr Morey was, "distinguished in the dental profession in Montreal for many years". On relocating to New York City, he and his "eccentric" wife, Elizabeth Beckett, fell in love with the place and at their own expense entirely restored its rooms to their original color (eg. cream and chocolate in the hall and library) and appearance. They knew its history inside-out and never tired of showing people around or recounting old anecdotes with "hearty, old fashioned hospitality and fresh good-will". Nonetheless, land value won out over history and Mount Pleasant fell to the wrecking ball on April 20, 1874. Some of the Dutch tiles were salvaged from the elaborate marble mantels and the Drawing Room was removed in its entirety, still preserved by the New-York Historical Society.

Ghosts and Murders of Manhattan By Elise Gainer