Completed in 1512, for Sir John Spencer (c.1455-1522) who made his fortune predominantly as a wool merchant and bought both Wormleighton and the Manor of Althorp which is still occupied by his descendants today. This manor - once four times the size of Althorp - was all but destroyed during the English Civil War in 1645. Certain interior features (oak panelling and stained glass windows) were salvaged and installed at Althorp, and part of the main house survives, but only the Gatehouse (pictured below) survived perfectly in tact. For its association with George Washington's ancestors a replica of it has been incorporated into Virginia House in the States....
zoom_in 3 images 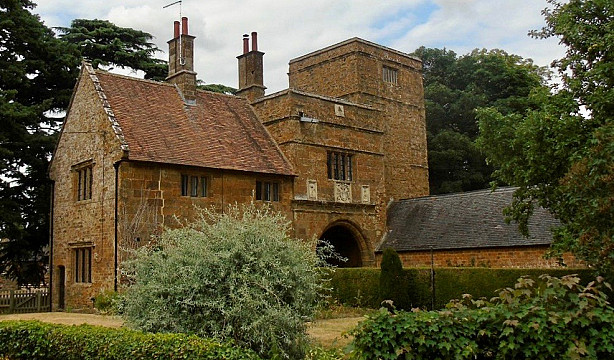 The Gatehouse was built in 1613 by Robert, 1st Lord Spencer, who was a close friend of the Washington family. One of his sons, Sir Richard Spencer, married Mary Sandys, the cousin of the President's great-grandfather, John Washington, with whom he grew up and to whose family he owed his introduction to the tobacco trade that took him to Virginia.

The Spencers: A Personal History of an English Family By Charles Spencer

Althorp: The Story of an English House By Charles Spencer