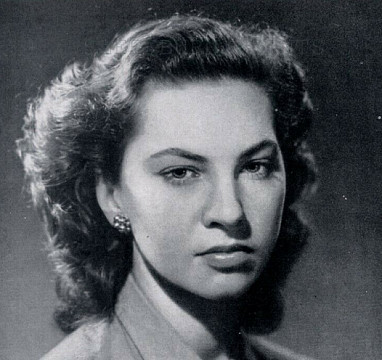 She was born in London and brought up between 39 Berkeley Square and Camfield Place, the childhood home of Beatrix Potter. She was the eldest of the three daughters of Lord Queenborough and his eccentric American wife, Edith Starr Miller, who wrote what was in many ways the "Da Vinci Code" of its day. During World War II she was initially attached to the Military Transport Corps as a driver for Polish officers. Jock Colville asked her: "What it's like?" to which she responded, "well, I have to say 'Yes, Sir' all day, and 'No, Sir' all night". She later transferred to the W.A.A.F. where she was "engaged on special duties" and cemented her reputation as an aviatrix.

Audrey was married four times: (1) Her first husband, Commander Christian Martell D.F.C. etc., etc. was a highly decorated member of the Free French Air Force who after escaping France volunteered to return with the Resistance, creating escape routes for pilots shot down behind enemy lines. He was killed just 7-months after they were married in 1945 (2) The following year, she married A. Ronan Nelson and they had three children before divorcing in 1956 (3) That same year, she married Lt.-Cmdr. Claud Peter Harcourt Lucy (1925-2020), R.N., who she also divorced (4) In 1982, she married Sir John Musker.

D-Day Girls: The Spies Who Armed the Resistance, Sabotaged the Nazis, and Helped Win World War II By Sarah Rose

The Flight Girls: A Novel By Noelle Salazar