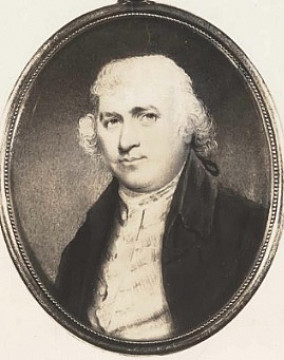 He was born in Co. Londonderry, Northern Ireland, and came to America at "an early age". He became involved in a number of successful mercantile, banking, and shipping ventures. He was a member and founder of St. Paul's Anglican Church and co-founded the First Troop Philadelphia City Cavalry with whom he served during the Revolution. His wealth increased significantly during the war through military contracts, smuggling, and privateering. Subscribing £10,000, he and Robert Morris (who he once rivalled as the largest importer in Philadelphia) were the two highest loan subscribers to the Continental Congress in 1780 four outfitting the army.

In Politics, he was an ardent Democratic-Republican and was described as, "the most violent anti-Federalist in America". As President of the Democratic Society of Pennsylvania he encouraged his followers to, "kick this damn Jay's Treaty to hell," which sparked a major riot. He served in the Pennsylvania House of Representatives from 1790 to 1795, and in 1796 he was elected to the U.S. Congress, largely on the back of the votes of the Irish working class. Failure in land speculation and the subsequent fraudulent transfer of assets to his children led to the collapse of his reputation and further failures in business followed so that he was eventually imprisoned for debt. In 1779, he had  purchased Cliveden from Benjamin Chew but after his reversal in fortune he sold it back to him in 1797. Described as, "burly and gouty" he died at home, 167 Walnut Street.