Chief Justice of the Supreme Court of Pennsylvania 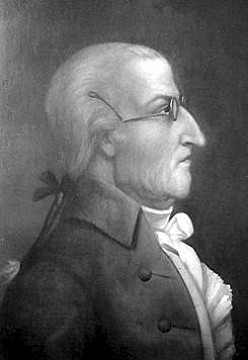 He was born at the Maidstone Plantation in Maryland, the son of the future Chief Justice of Delaware. In 1736, he went to Philadelphia to read law in the offices of Andrew Hamilton before continuing his studies at Middle Temple in London. Returning to Philadelphia, for 60-years he represented the Penn family on all legal matters concerning their proprietorship. Among his many legal appointments, he was Attorney General and Member of the Council of Pennsylvania (1754-1769); Recorder of Philadelphia City (1755-1774); Master of the Rolls (1755-1774); and, then Chief Justice of the Supreme Court of Pennsylvania (1774-1777). Being a Loyalist, he was removed from office and detained in New Jersey during the Revolution but resumed his career from 1791 as Judge and President of the High Court of Errors & Appeals, finally retiring in 1808.

His wealth was significantly enhanced after his second marriage. Aside from his legal commitments he managed her considerable estate and further invested in property, owning substantial acreage in Pennsylvania, Maryland, Delaware and New Jersey. In 1766, he co-founded the Gloucester Fox Hunting Club (the first of its kind in the United States) and was a member of the American Philosophical Society. He lived between his townhouse at 110 Third Street (bought from Governor John Penn and demolished in 1830), next door to the Powel House; and, his summer home, Cliveden. During the Revolution, Cliveden was seized by the British and from there they won the Battle of Germantown in 1777.

The Storm Gathering: The Penn Family and the American Revolution By Lorett Treese