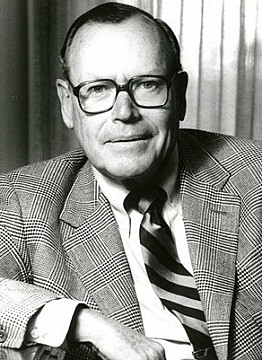 He was born at Winter Harbor, Maine. He was a great-great grandson of Thomas Dixon, Boston's adventurous and well-connected Consul-General to the Netherlands, and of George Mifflin Dallas, 11th Vice-President of the United States. His mother was a Widener of Lynnewood Hall and through her childless brother, George Dunton Widener Jr., he was the heir to the Widener family fortune of circa $150-million. He grew up principally near Philadelphia between Ronaele Manor and Homewood, and was educated at the Episcopal Academy and Harvard University.

From 1943, after graduating from Harvard, he returned to Episcopal and spent the next 16-years there as a teacher and administrator before retiring to dedicate himself to education, health, sports, and civic organizations. After inheriting the Widener fortune in 1971, he took over the running of the Widener Foundation, demonstrating an unwavering commitment to education. He was President of the board at the Widener Memorial School for Handicapped Children; President of the Board of Episcopal Academy; and, Chairman of Widener University. He served on the boards of the Springside School, Church Farm School, the Philadelphia College of Art, Lafayette College, and Temple University.

In 1976, he also bought the iconic LOVE sculpture at the head of John F. Kennedy Plaza in Center City Philadelphia that he gifted to the city. Among other positions he was Chairman of the Abington Memorial Hospital; Chairman of Maine Coast Memorial Hospital; Vice-Chairman of the Delaware Valley Hospital Council; Director of the St. Christopher's Hospital for Children; the Hospital Association of Pennsylvania; Philadelphia Museum of Art; the Free Library of Philadelphia; Liberty National Bank; and, Provident National Bank. In 1952, he married Edith, daughter of David Buzby Robb, and they were the parents of two children. He died in 2006 at Erdenheim Farm.