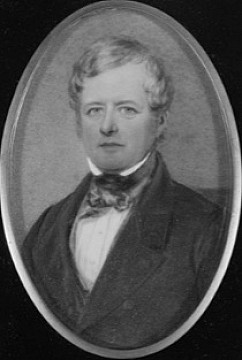 He and his brother, Samuel, co-founded the shipping firm that would become Howland & Aspinwall, much of the capital of which was raised by his father-in-law, William Edgar. In his era, the firm gained some notoriety for building vessels for the Greeks in their struggle for independence. On his death, he left a fortune of $500,000. He was the father of 11-children, five by his first wife and six by his second. His children included: Mrs James Roosevelt; Meredith Howland, who married a granddaughter of Cornelius Vanderbilt; and, Samuel Shaw Howland, brother-in-law of Oliver Belmont.