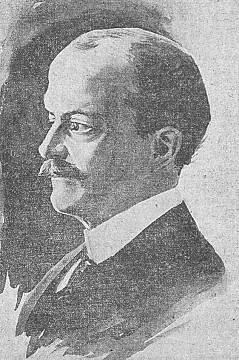 He was born in New York City to parents who'd immigrated from Kilmarnock in Scotland. He entered Yale University and although ill health forced an early departure he was awarded a degree in 1869. He travelled for two years in Europe before returning to New York to join the family firm founded by his father in 1843, W. & J. Sloane, Interior Decorators and Furnishers. In 1870, he was sent to San Francisco to open a new branch of the business and once established he returned to New York. He was Treasurer of the firm for many years and remained a director until his death.

He was Vice-President of the Seawanhaka Corinthian Yacht Club and a member of the New York Yacht Club. He and his brother, Thomas, funded the construction of a physics laboratory and a recitation building at Yale in memory of their father. Several years later, he and another brother, William (who married Emily Vanderbilt), donated $530,000 for the bigger and better Sloane Physics Laboratory in memory of their brother, Thomas.

In 1882, he married the socially ambitious Jessie Robbins from Brooklyn who was a noted beauty in her day. They lived on 54th Street off Fifth Avenue before hiring Carrère & Hastings to build 9 East 72nd Street, but it was not to be a happy family home. Sometime in the mid 1890s, Jessie began an affair with Perry Belmont and she shocked society to the core when she became Mrs Belmont just six hours after they were divorced. The terms of the divorce were anything but amicable: Sloane was granted, "custody and full control of the children" - their 15-year old and 10-year old daughters. Jessie was, "to have no right of access to them until they shall have attained the age of 21 years," nor was she even permitted to acknowledge them in passing on the street.

Sloane did not remarry, but after the divorce he built 18 East 68th Street, where he lived with his two daughters: Jessie married George Dunton Widener Jr., whose father lived at the legendary Lynnewood Hall but went down with the Titanic; and, Emily, married Amaury, Baron de la Grange, and lived with him at the Château de La Motte-au-Bois.