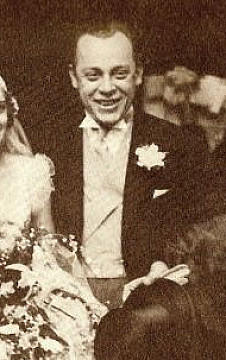 He was born in Detroit, one of the two children of the co-founder of the Dodge Motor Company. After his father died in 1920, six years later his mother cashed in her shares in the family business in return for $73 million. Horace and his sister, Delphine, were passionate about speed-boating and he established the Dodge Boat Works, which was almost entirely bankrolled by his mother. As a racer of them however, he had considerable success. He served as a Major in New York during World War II.

He lived between the Gray House at Grosse Pointe (opposite his mother's home, Rose Terrace); an estate at Greenwich, Connecticut (sold in 1955); St. Leonard's in England; a 28-room villa at Cannes in the south of France; a house at 6 Tilney Street off Hyde Park in London; and, a yacht, French Leave. He was also often in Palm Beach and wherever he was he had a reputation for throwing amazing parties. Eventually his lifestyle and excessive drinking caught up with him and his detractors called him out as, "the only Dodge that runs on alcohol". Predeceasing his mother, he never realized his inheritance, but died leaving $2 million, "a photograph of a nude, and nine cars". Horace Jr., was "the life and soul of any party" but a friend wrote: "Horace is a hard man to get along with - he just plays too hard, and has all day and all night to do it in. He never has to be anywhere at any time, and can't understand why anybody else should have to". By the time of his fifth marriage (1953), his drinking had reached a point where nurses had to hold his head off the table and he was often unable to stand and put in a wheelchair.

He was married five times and fathered five children: (1) In 1921, at Rose Terrace, he married Lois Knowlson. They had two children, Horace III and Delphine, but divorced in 1927. (2) In 1928, at London, he married Muriel Dorothy Sisman. They had two children, David and Diana, but divorced in 1939. (3) In 1940, at Baltimore, Ohio, he married chorus-girl "Mickey Devine". They were divorced in 1944 and she was awarded $1 million (4) In 1945, he married army nurse Clara Mae Tinsley. Despite their divorce in 1953, she was the only one of his wives left money in his will ($500,000) in addition to the divorce settlement of $750,000. (5) In 1953, at Playa Riente, he married Hollywood actress Gregg Sherwood. They had a son, John, but he admitted he could not afford her and died before he was able to obtain a divorce. Despite leaving her nothing in his will, she proceeded to squeeze $20 million out of the Dodge family before declaring herself bankrupt in 1978.