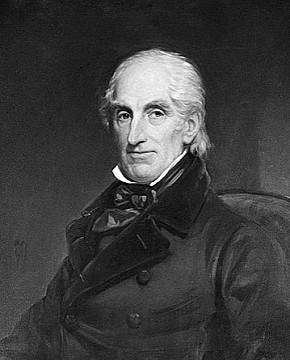 He was born in New York City and graduated from Princeton (1808) before receiving the degree of M.D. from the College of Physicians and Surgeons, New York (1812). He continued to study medicine under Dr David Hosack until 1820, but never actually practiced having grown unable to, "bear the sight of human suffering". His passion was farming, and when his father bought Mount Hope in Hyde Park he left New York City to live there year-round. In 1832, he built Rosedale on the west side of the Post Road, close to his father's house and where he lived quietly enjoying country life with his wife and two sons. He was recalled as being, "of delicate constitution with refined tastes, a gentleman of the old school". In 1827, he married Mary Rebecca Aspinwall (1809-1886), one of the sisters of William Henry Aspinwall (1807-1875) of Rockwood Hall. They were the parents of two sons. He is the grandfather of Franklin Delano Roosevelt.