Founder of the Exchange Bank of New York & Member of the N.Y. State Senate 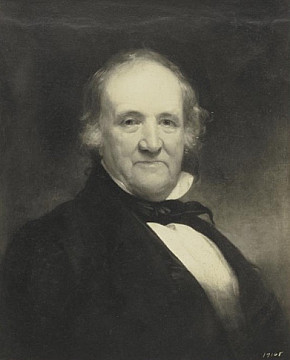 He was born on Swan Island, Maine. He became a merchant and by the age of 21 owned five ships before becoming for a time the second largest shipowner in the United States. When Robert Fulton built his first steamboat, Barker imported the first marine engine and because his business extended into Europe he was commissioned to buy and sell ships for several foreign governments. During the War of 1812, all of his ships were captured but he still managed to raise $8-million for the government, saying, "if the country breaks, I want to break with it". He founded the Exchange Bank at New York in 1815, the 'Union' newspaper and was the first to advocate the building of the Erie Canal. In politics, he was a Democrat and served a term in the New York State Senate. He was an original member of Tammany Hall and nominated Andrew Jackson for President. He remained in New York until 1834 when he moved to New Orleans where was admitted to the bar later engaged in banking.

In 1801, he married Elizabeth, daughter of Thomas Hazard of New York City and they had twelve children of whom nine (listed) lived to adulthood. He spent the last few years of his life at Philadelphia where he died and his obituary at New York read in part, "as an example of rectitude and upright dealings, carried consistently through the most gigantic operations and disastrous losses, there is no brighter page in the merchant annals of our country than his business life". He was an intimate friend of James Madison and before Dolley Madison fled the White House in 1812, she cut out Gilbert Stuart's portrait and passed it to Barker saying, "save that picture if possible, if not, destroy it, under no circumstances allow it to fall into the hands of the British". He rolled it up and gave it to a farmer with whom he spent the night. A few weeks later, he returned it to Mrs Madison and today it hangs in the Blue Room at the White House.