James B. or "Buck" Duke, Founding Partner of the American Tobacco Company 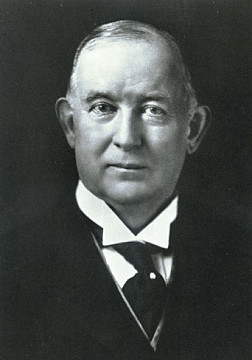 He inherited a very successful tobacco company which he re-organised into the American Tobacco Company of which he was the first president. He and his brother also established Duke Power and Duke Energy. He left $40 million to establish Duke University and his remaining $60 million fortune was left to his only daughter, Doris.