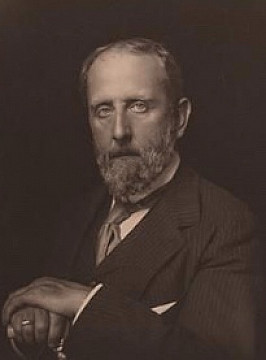 He was born in New York and educated privately before being sent to Harvard and then Oxford in England. He was primarily a socialite with a passion for all things English. Having built Wakehurst in 1888, he entertained there from June 13 to the close of the season in September before spending the rest of the year, "at the proper places at the proper times on the other side of the ocean". Politically, he was a Democrat and in 1893 he gave $50,000 to Grover Cleveland's campaign before being nominated as U.S. Minister to Rome. But, when his donation came to light, Cleveland quickly rescinded the appointment in the face of public outcry. He made the headlines again in 1895 when fourteen years after the death of his much loved wife, Emily Astor, he took off with the wife of one of his sworn political enemies, Samuel Pomeroy Colt.

Van Alen developed an "increased distaste" for life in America, but the final straw was Prohibition and disgusted by the country's "lack of liberty" he moved to Europe in 1920. Having sold his only newly completed Regency-style townhouse at 15 East 65th Street in Manhattan, he proceeded to divide his time between Rushton Hall in Northamptonshire (where he was nicknamed "The American Prince of Wales") and Le Chateau Mont Joli, his villa at Cannes on the French Cote d'Azur. In 1898, he gave $25,000 to equip an ambulance for the Boer War and was decorated by Queen Victoria with the Order of the Knight of Grace of St. John of Jerusalem. His beloved wife was a great-granddaughter of John Jacob Astor and by her he was survived by three children.