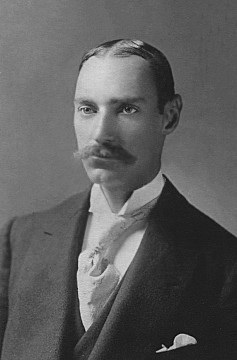 He was born at Rhinebeck, New York. He was educated at St. Paul's School in Concord, Massachusetts. He was accepted to Harvard University, but it would appear that he did not graduate. He travelled in Europe from 1888 to 1891 before returning to America to manage the family's vast real estate interests. He was one of the founders of the Waldorf-Astoria Hotel which he co-owned with his estranged cousin, Willy Astor. He also built the Hotel St. Regis and the Hotel Knickerbocker. During the Spanish-American War of 1898 he was commissioned a Colonel and donated his yacht, Nourmahal, to the American cause as well as equipping a mountain battery of artillery.

After divorcing his first wife (Ava) in 1909, two years later (aged 47) he was married in the ballroom at Beechwood to the 18-year old Madeleine Force. Society was horrified and in order to let things calm down they happily took an extended trip to Europe. While travelling, Madeleine fell pregnant and as they wanted their child to be born in America they took passage back to the States on the ill-fated Titanic. His pregnant wife was saved, but Jack gave his place in the lifeboat to two scared teenagers. He was last seen smoking a cigarette on deck with the writer Jacques Futrelle. He left an estate of $87 million.

The Second Mrs Astor: A Heartbreaking Historical Novel of the Titanic By Shana Abe