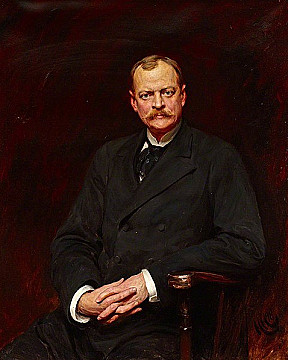 He was born at 338 Fifth Avenue. Representing the senior line of the Astors, on his father's death in 1890 he inherited a fortune of about $150 million and collected rents in New York City that amounted to $6 million a year. He and his first cousin, Jack Astor, were heirs to the family fortune, but despite having grown up as next-door neighbors they hardly knew one another and yet despised one another due to a feud started by their parents. The Astors may have been fabulously rich, but their reputation was one of self-serving slum landlords: "They drew rent money from festering tenements that harbored three-quarters of the city's population in conditions that put Calcutta to shame". Willy was ambitious, but "prickly" and determined to make a name for himself aside from his fortune by entering politics. He was elected to the New York State Assembly and then the New York State Senate, but in the 1880s he lost two successive elections in his bid to enter Congress. He was given a perk in 1882 when President Chester Arthur appointed him U.S. Ambassador to Italy and told him: "Go and enjoy yourself, my dear boy." It was during his three years in Rome that he developed his lifelong passion for Italian art and sculpture. Back in America, his character was not robust enough to deal with inevitable political attacks and he also grew tired of his aunt's (Lina Astor's) relentless quest for family dominance. In 1891, he declared, "America is not a fit place for a gentleman to live" and left for good, establishing his family in England.

Before leaving New York, Willy built the Waldorf Hotel (that shortly afterwards became the Waldorf-Astoria) and purchased the land that would become Times Square. In London, he rented Lansdowne House for two years (afterwards purchasing 18 Carlton House Terrace) and built the Astor Estate Office at Two Temple Place. In 1893, he paid $1.2 million for a country estate, Cliveden, which he gave to his eldest son as a wedding present after buying Hever Castle. In 1906, he added the Villa Astor on Italy's Amalfi Coast to his portfolio. He became an English citizen in 1899 and after giving large amounts of money to charity (something that had not interested previous generations of his family), he was created the 1st Baron Astor of Hever Castle in 1916 before being elevated to the 1st Viscount Astor the following year. In 1878, he was married at New York to Mary Dahlgren Paul and was the father of five children. He was the father-in-law of the redoubtable Nancy Astor, the first woman to sit in the British Houses of Parliament.