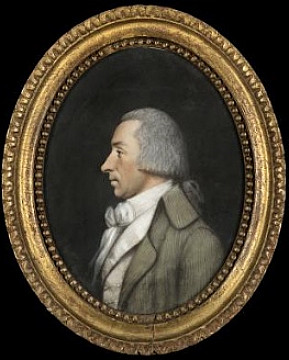 He grew up at Clermont Manor. During the Revolution in 1775, he served briefly under his brother-in-law, General Richard Montgomery, in his ill-fated expedition to Canada. But, he was more a merchant than a soldier and took charge of his father's gun powder mill to supply the Continental Army before building a second. He spent much of his time in Boston, buying and selling various war materials, where he gained a reputation for "shady business deals". An article published by the New-York Historical Society tells of a vicious and sadistic murder committed by him in 1777. There was a well-known cruel streak that ran through his brothers, but it should also be mentioned that this extract was retold by Judge Thomas Jones (1731-1792), an expelled Loyalist married to a DeLancey who were bitter rivals of the Livingston family:

One of the party who committed the murder, his name shall be mentioned, was a John Livingston (son of Judge Robert R).... This barbarian, in public company, in Middletown, in Connecticut, boasted of this murder as an act of heroism, a noble achievement; and so little remorse had he for his cruel act in which he had taken a principal part that he declared “That Captain Phillips made one of the handsomest corpses he had ever beheld. We stripped him “says he “of all of his clothes and left him naked in the street. I thought” added he “that I should have been obliged to have cut his head off, to get at his diamond stock buckle, but I effected my purpose by breaking his neck, and turning his head topsy-turvy.” This he concluded with a broad laugh, taking off his own stock, and saying, “Behold the buckle, it was worth the pains of breaking a dead man’s neck for.”

He owned the land that today comprises Barrytown in Dutchess County and in 1796 built his beautiful mansion there, Massena, which was an exact replica of a famous French chateau. He married his first wife in 1779 (no children) and his second wife in 1789 (eight children). His second wife, Eliza McEvers, was the sister of Mary McEvers who married his brother, Senator Edward Livingston, of Decatur House, Washington D.C. According to the Dutchess County Historical Society: "In 1851, when Massena was beginning to be famous for its magnificent gardens and park, its owner was photographed by Matthew Brady and became, at the age of 97, the oldest man ever so recorded".