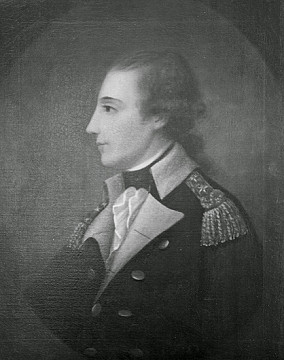 He was born at Swords, Co. Dublin, and in their day he and his two brothers were considered the most handsome men in the Irish capital. He was educated at Trinity College, Dublin, after which he received a commission into the British Army and fought in the French & Indian War and in the Caribbean, reaching the rank of Captain. Having been passed over for promotion he resigned his commission (for which he received £1,500) and determined to pursue his passion for farming: "I have cast my eye on America where my pride and poverty will be much more at their ease".

In 1772, he bought a house and farm at King's Bridge, just north of New York City. The following year, he married his wife, Janet, daughter of Robert Livingston of Clermont. At Grasmere they, "laid out a considerable amount of money in building a dwelling house and mills". On the outbreak of Revolution, he espoused the Patriot cause and was appointed Brigadier-General in the Continental Army. When General Schuyler fell ill, he took his place and led an invasion of Canada. He was killed in the failed mission at Quebec and was given an honourable burial by the British. He died without children.

Through a Howling Wilderness By Thomas DesJardin

Quebec 1775: The American Invasion of Canada By Brendan Morrissey