He grew up between New York and Oak Hill, Maryland, before attending Yale. But, he quit school to become a rancher in Utah before settling at Grand Junction in Colorado, of which he was elected Mayor at the age of just 21! He became a "power in politics in Colorado (and) a pioneer of the Grand Valley". He was the driving force and key promoter of the Interurban Railroad and was later appointed State Treasurer. He became the President of the Mesa County National Bank at Grand Junction but in 1914 was charged with embezzling $110,000, which did not reach his pockets and which he claimed he had done to save the bank. He was charged with 49 of the 83 counts against him and given a 6-year jail sentence at Leavenworth. He was reported to be a "model prisoner" and even helped to foil a jail break for which he was given early release (1917). After prison, he moved to 1550 Ogden Street in Denver and started a movie business, but was said to still have been a popular figure in Grand Junction. When he died, his obituary in The Sentinel reminded its readers that his virtues overbalanced his flaws.

Orson and his wife, Lettie, were the parents of four children: (1) Orson Adams Jr., Chairman and Vice President of the First National Bank of Boston (2)  Mildred Burrill Adams (d.1955) "of Denver" (3) Mrs Ethel (Adams) Martin who was most likely the same Ethel Adams who in 1921 became the second wife of Caldwell Martin (b.1883), of 730 Detroit Street, Denver, Colorado (4) Alvin P. Adams (1906-1996), "the flashy aviation executive" and playboy who became Vice-President of Pan-Am. Alvin married a daughter of Nathan L. Miller, Governor of New York, whose country home was Norwich House. 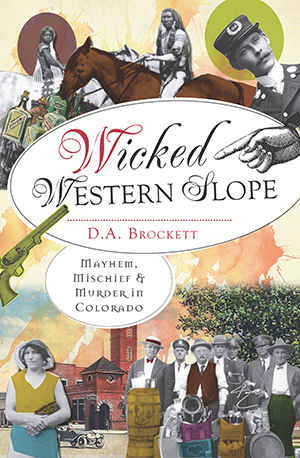