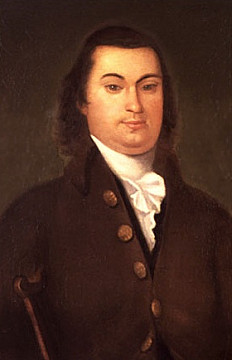 He was born in New York and grew up at Clermont Manor which was rebuilt by his widow after the British put it to the torch in 1777. Robert was known as "The Judge" to distinguish him from his first cousin, Robert Livingston, 3rd Lord of the Manor of Livingston; and, his own son, Robert Livingston "The Chancellor". He served as Judge of the Admiralty Court (1759-1763) and Judge of the New York Supreme Court (1763-1775). In 1765, he was a Delegate to the Stamp Act Congress and was said to have personally written the letter of protest sent to King George III. Just prior to the Revolution, he was appointed one of the "Committee of One Hundred" to watch over Americans suspected of trading with the British. In the same year that war was declared both he and his father died. He married his wife in 1742 and they had ten children. Between them, their children built the mansions of Rokeby, Grasmere, Montgomery Place, and the originals of Massena, Blithewood, the Mills Mansion and Linwood.