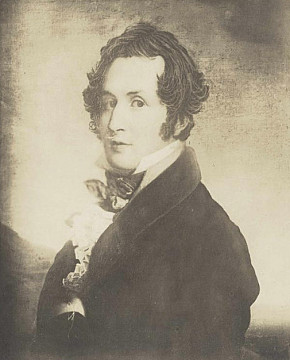 He was born at Boston and educated at Exeter College and Harvard (1810). He travelled in Europe (1812-14) and on his return published his first book, Three Weeks in Paris. After studying law in Boston he went back to Europe again (1817-1819), notably travelling in Eastern Europe, an unusual destination for that period. Back in the States, he published The Political State of Italy and was secretary to Governor John Brooks. Between 1820 and 1825, he served in both Houses of the Massachusetts State Legislature. In 1823, he was appointed Brigadier-General of the state militia and published an Account of the Hartford Convention in defence of those involved in it.

Between 1834 and 1836, he served as the first Democratic Mayor of Boston and was so popular that when he ran for re-election, he was nominated by the Whigs too. He was an ardent opponent of the abolitionist movement and in 1835 presided over a pro-slavery meeting in Boston which may be explained by what had been his father's first lucrative business: the West Indian Trade, ie., slave-trading. He was an important member of the Massachusetts Horticultural Society and planted the first trees on Boston Common. Donating $72,000, he founded the State Reform School at Westborough. In 1820, he married Mary, "the beautiful and accomplished" daughter of William Henderson of Ardenia, New York. They had five children, but only Theodore and Mrs Gardiner Howland Shaw reached adulthood. They lived at Gore Place before downsizing to Singletree.