Built circa 1800, for William Henderson (1767-1825) and his wife, Sarah Denning (1775-1835). Not to be confused with nearby Arden House, Ardenia stood on the east bank of the Hudson, a quarter of a mile from the historic Beverley House and on the opposite side of the river to West Point Academy. Though long since demolished, Arden Point, Arden Brook and Arden's Early White Heart Cherry tree remain today as reminders of the estate's early prominence....
zoom_in 1 images

The Hendersons built their "beautiful country seat" on an undeveloped estate of 1,000-acres originally purchased in 1785 by Mrs Sarah Henderson's father, William Denning (1740-1819), of New York City. When Sarah's father died in 1819, his highland estate was sold by his heirs - who included among them Sarah's brother-in-law, Judge W.A. Duer, the distinguished President of Columbia University - to Richard Dean Arden (1777-1865). In 1820, the Hendersons purchased Bellefield in Hyde Park, Dutchess Co., New York.

The new owners, Richard Arden and his wife Jane De Peyster (1784-1859) were the first to build a house there and gave the estate its name, "Ardenia". They imported a number of cherry trees from France that became known as "Arden's Early White Heart" and planted them around their country house. Richard Arden had a reputation as, "a fine specimen of a country gentleman" and visitors to his estate were said to have been unable to, "ever forget the generous Highland welcome" bestowed upon them at Ardenia. In about 1860, Benson John Lossing (1813-1891) gave a brief description of the land around Ardenia,

Following a winding road up the east bank of the river from this point (Garrison's Landing), we came to a mill, almost hidden among the trees at the head of a dark ravine, through which flows a clear mountain stream, called Kedron Brook... It is a portion of the beautiful estate of Ardenia...

Following Richard Arden's death in 1865, the most part of the estate was inherited by his son, Colonel Thomas Boyle Arden (1813-1896) who had lived there since resigning his commission from the army. It is thought that the house was demolished sometime after the Colonel's death in 1896. The land on which Beverley House stood was given to his sister, Mary Antoinette Arden (1822-1896), the wife of Peter P. Parrott. The Parrotts enlarged their estate to 7,863-acres before selling it to E.H. Harriman (1848-1909) in 1886, upon which he would build an impressive mansion, Arden House, that still stands today. 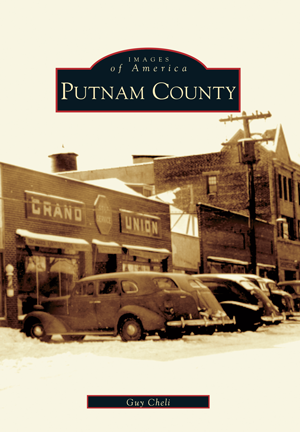