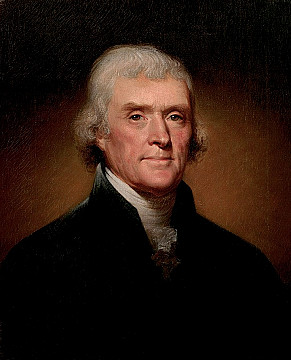 He was preceded in the Presidency by John Adams and after serving two terms in office for the Democratic-Republican Party he was succeeded in 1809 by James Madison. His Vice-President during his first term was Aaron Burr and for his second term he chose George Clinton. He had five children by his wife and after she died he almost all but certainly fathered a further five children by his slave, Sally Hemings.

Thomas Jefferson: The Art of Power By Jon Meacham