Built in 1758, for Lt.-Col. Beverley Robinson (1721-1792) and his wife, Susanna Philipse (1727-1822). The house stood on the opposite side of the river to West Point Academy and is best remembered for its role in the American Revolution, specifically as the headquarters of the notorious traitor, General Benedict Arnold (1741-1801). It was from here that Arnold made his escape after his plan to turn West Point over to the British was foiled. Among others, the Robinsons entertained the future King William IV (1765-1837) here and the estate passed through several distinguished hands until it became abandoned for some sixty years. Glenclyffe was built on an adjoining parcel of land and in 1875 its owner's daughter, Mrs Susan LeRoy (Fish) Rogers blew life back into the old home and summered here with her family until a fire destroyed it....
zoom_in 6 images 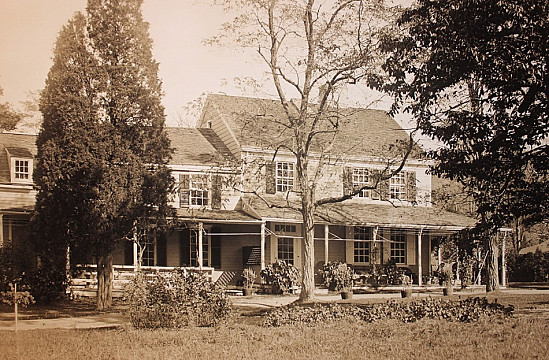 W.E. Rogers, Chairman of the New York State Board of Railroad Commissioners

Robinson grew up in Virginia at the Hewick Plantation and he was a first cousin of William Beverley who completed Blandfield in the year before he was born. Before their political differences came between them he had been a friend since childhood of George Washington (1732-1799). The Robinsons were an influential family and Beverley's father was President of the Governor's Council. But, rather than follow a career in politics, Beverley came to New York and established himself in business with Oliver De Lancey (1718-1785), to whom he owed his introduction to his wife, Susanna, daughter and co-heiress of Frederick Philipse II (1695-1751), 2nd Lord of the Manor of Philipsborough.

Susanna had grown up at Philipse Manor Hall prior to marrying Robinson in 1748. Three years later, she and her sister became the sole heiresses to the "Highland Patent" - 60,000-acres of land which comprised most of modern day Putnam County - acquired by their father shortly before his death. Initially, the Robinsons maintained their mansion in New York where they lived with Susanna's sister, Mary Philipse (1730-1825) and it was through Robinson that George Washington (1732-1799) was introduced to her - the first President's first love. But, despite Washington's best efforts, Mary instead chose to marry Lt.-Col. Roger Morris (1717-1794), with whom she lived at the Morris–Jumel Mansion.

In 1758, the Robinsons left New York City and sited their new home at the foot of Sugar Loaf Mountain in the Catskills, on what was their portion of the Highland Patent. Standing on an estate of 1,500-acres in what was then Dutchess County, Robinson described the home they built as, "a wooden house lined with brick... added to afterwards". He named it "Beverley House" either for himself and/or his mother's family.

As you walk through its broad entrance-hall, note the elaborate design of its staircase and the size and finish of its stately apartments... The peculiar carving and the curious tiles indicate the Dutch birthright of the accomplished lady who presided over its rise and progress, while the gardens, lawns, fruit-orchards, highly-cultivated fields, and great deer-parks, were fit surroundings for the military scholar and English gentleman.

Beverley House was a typical example of a colonial country gentleman's residence on a working farm with mills and outbuildings. Surrounded by a gallery, its low-ceilinged rooms featured large exposed timber beams while the walls were panelled - notably the dining room at the center of the house - and the fireplaces decorated with polished tiles in the Dutch style. The master's quarters occupied one side of the house (in the higher of its two halves), while to the other side were the kitchen and servant's quarters.

Robinson the Loyalist is forced to Leave

Robinson was the first church warden and principal benefactor of St. Philip's Chapel, but his family's tranquil life on their country estate was brought to an abrupt halt by the Revolution. In 1777, Beverley refused to swear allegiance to the United States, resulting in the confiscation of his house, land, slaves, livestock, and furniture in 1779. Before leaving his home, Robinson recruited many of his tenants in the raising of the "Loyal American Regiment" who fought with distinction throughout the hostilities with Robinson as their Colonel and commanding officer.

In 1783, the Robinsons departed for England where the government granted them £17,000 in compensation for the loss of their American estates. They never returned to America, but their son who was born at Beverley House, General Sir Frederick Philipse Robinson (1763-1852), continued to fight for the British in the War of 1812 and was afterwards appointed Lieutenant-Governor of Upper Canada.

Benedict Arnold and the Commanders of West Point during the Revolution

In the meantime, General Benedict Arnold (1741-1801) was appointed the Commander of West Point and in 1780 he took up residence at Beverley House. It was from here that Arnold secretly colluded with the British to render West Point defenceless prior to an attack. The plan was famously foiled and Arnold made his escape through the woods and down to Beverley Cove on the Hudson where he ordered his unwitting men to take him to the British sloop, HMS Vulture, by which he made his escape.

Immediately after this historic event, Washington placed Major-General Israel Putnam (1718-1790) in command at West Point; and, as Arnold had done before him, Putnam took up residence in one wing of Beverley House, while the remainder was given over to use as a military hospital for officers. He was joined for several months by General John Peter Gabriel Muhlenberg (1746-1807), who occupied the southeast chamber of the house.
Dr James Thacher (1754-1844) then recalled a dinner party organized by Muhlenberg and presided over by Putnam for, "forty one respectable officers". The banquet was served in the dining-room and, "the table was furnished with fourteen different dishes, arranged in fashionable style... a number of toasts were pronounced; and, there were several humorous and merry songs, and military music and dancing continued through half the night".

Abandoned for Ardenia, before a Last Lease of Life

Though the house was occupied for military use for the duration of the Revolutionary War, in 1779 the forfeited Robinson estate had been leased by the government to Sampson Dyckman (1748-1792) for £36 per annum. Dyckman maintained the estate until 1785 when Beverley House and part of the original estate was purchased by William Denning (1740-1819), a prominent merchant and politician at New York. His daughter, Sarah Denning (1775-1835), married William Henderson (1767-1825) and they built a new house on the estate that now consisted of 1,000-acres, but for unknown reasons never occupied it.

In 1819, Denning died and his estate came into the possession of Richard Dean Arden (1777-1865) who named it Ardenia. By this time, Beverley House had now stood empty for some 60-years and was described by The Ladies' Companion & Literary Expositor in 1845:

It is A long rambling structure, 2-stories high, and erected apparently at different periods - a low gallery, in some places sunken, runs around it with vines creeping about its slender columns, and grass growing in its crevices; shrubs have got root-hold on its moss-covered roof and hang over the eaves in graceful festoons.

It is the centre of a lawn, the bosom of which numerous fine old trees of a century's growth, send up their trunks to a great height, and form a broad canopy of foliage above the venerable roof. Everything about it - its worm-eaten fences; its thick grass, like piled velvet, which age only can give; its long range of noble old barns, once red but now browned and blackened with the storms of eighty winters; its gigantic shrubbery; an avenue of box trees that looks as if planted under a woman's eye 'ere the Revolution, all give it an air of old family dignity and antiquity that is seldom found in this young western world.

A forest shuts out the prospect of the river from the south gallery, but a range of mountains, Dunderbeg and his satellites, fill the eye instead, while Antony's Nose, clothed with trees to its top, rises abruptly from the lawn which is blended with its base to the height of a 1,000-feet. On the west and north, Fort Putnam, now nearly hid by the trees that have been suffered to grow up immediately around it, and old Crow Nest, around it are striking objects in the prospect.

From the house a winding carriage road leads through the romantic woods to a small cove of the Hudson, near the outlet of a brawling brook, which intersects the grounds, where is a landing place for small boats. This is called Beverley Cove, and the dwelling above described, Beverley House. 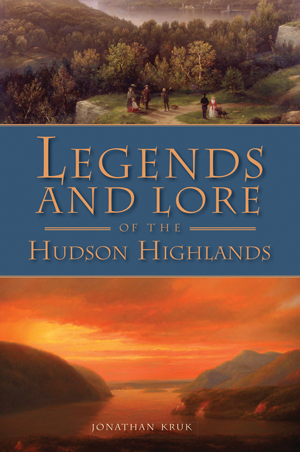 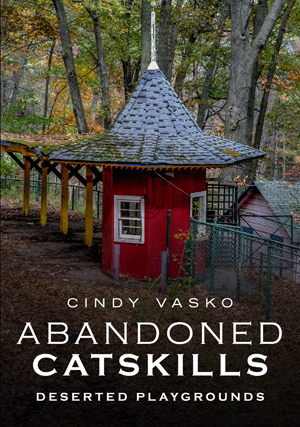 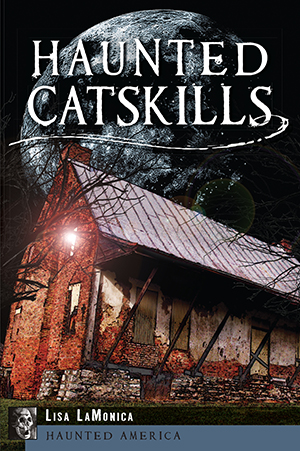 Women of the Catskills: Stories of Struggle, Sacrifice & Hope By Richard Heppner