Completed in 1926, for Henry Francis du Pont (1880-1969) and his wife, Ruth Wales (1889-1967). Their original mansion was the precursor for Winterthur and started life as a highly admired and "beautiful home". Over the years, it was transformed into an unsightly behemoth of conflicting and bizarre architectural styles, known as "Dragon's Head". As Forbes put it: "Imagine if someone turned a beautiful vintage Rolls-Royce into a stretch limousine and painted it hot pink, and you get the idea". Nonetheless, its spectacular beachfront location in the Hamptons attracted the attention of Calvin Klein who has replaced it with a perhaps predictably streamlined vacation home....
zoom_in 2 images 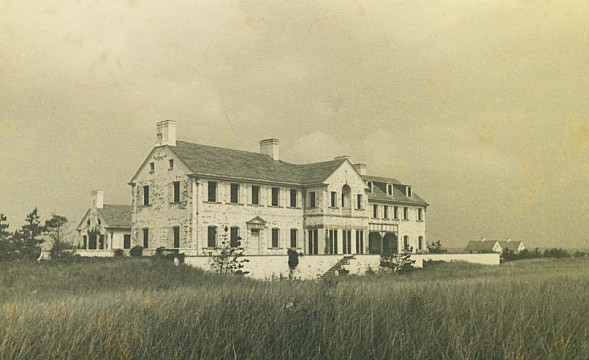 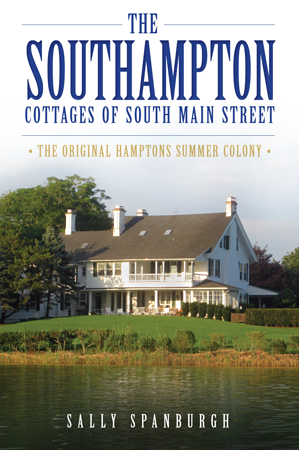 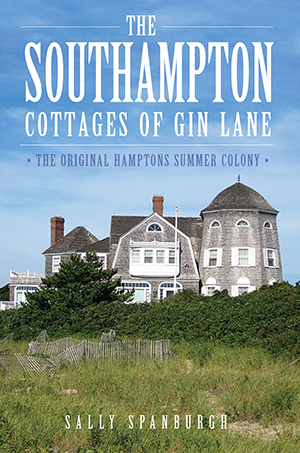 The Southampton Cottages of Gin Lane: The Original Hamptons Summer Colony By Sally Spanburgh
In 1924, the du Ponts lived at Winterthur, but Ruth found her father-in-law overbearing and so that year, to afford some relief, they purchased a 16-acre parcel of beachfront land at Southampton where they had previously spent several summers. Their new summer home - an "American house in the style of 1770 - was a tasteful Colonial-Revival stone mansion of 50-rooms that they named "Chestertown House" for a town in Maryland where Henry du Pont had found many of the interior features which retrofitted within it.

Though Mrs Natalie K. Blair at Blairhame is usually credited as the first collector of significance of Americana, du Pont wrote that it was: "Seeing Harry Sleeper's house - Beauport - at Gloucester, Massachusetts (that) made me decide to build an American house at Southampton (it) crystallized my desire to start collecting Americana on my own". At Chestertown, he was first able to exercise this passion for Americana, an experiment that would eventually culminate in the revised edition of Winterthur.

A Triumph of Americana...

The 35,000 square foot house off Meadow Lane consisted of a central block flanked by two wings, all finished in white-washed stone. Du Pont purchased 18th Century woodwork with which to panel the interior walls and shutter the windows; and, even the stone, beams, glass, ceramics and nails that were used in its construction were all salvaged from the same period. In the same year that work started on the house, he acquired 226-pieces of 18th century American furniture with which he filled the house on its completion.

In 1926, du Pont received a letter from an admiring visitor, complementing him on his new home: "The pieces that you have assembled in your rooms are such perfect examples of their periods and are so appropriately installed that all may be studied and enjoyed. No section has been crowded and no discordant note is felt. The idea of a museum is suppressed absolutely and yet I know of no institution that contains such specimens of early Americana as your beautiful home holds today".

From 1928, Winterthur became du Pont's primary concern, but he and his wife continued to summer at their Long Island home until the end of their lives. In 1970, one year after du Pont's death, Chesterton was acquired by 'Baby' Jane Holzer, an American art collector who at that time was a protégée of Andy Warhol through an introduction made by Nicky Haslam. Having stripped the house of its 18th century interior, she defaulted on the mortgage only a few years later.

Becoming "Dragon's Head," a Garish Home for Scammers and Crooks...

After being repossessed, the house was put up for auction. The highest bidder was John Samuels III, a fly-by-night Texan who rapidly established a fortune in coal and was never too far away from being implicated in one scam or another in his desire to become a pillar of New York's cultural elite! Again, after only a few years, Chesterton changed hands again when it was purchased in 1979 by Barry Trupin, the crooked financier who was eventually convicted of tax fraud. Renaming the du Pont house "Dragon's Head," he proceeded to flaunt every zoning law there was in the time before Southampton had any strict code of regulations concerning work done to historic houses.

Trupin threw any concept of architectural finesse to the wind in the process of fattening the place up to 50,000 square feet. Adding ten further rooms, he installed a movie theater and an indoor aquarium for sharks. Du Pont would have been horrified, in just a short space of time the old Chestertown House was no longer recognizable: it was over-sized, garish, and thoroughly un-beautiful!

By 1992, Trupin was bankrupt and he sold the monster he had created to real estate developer Francesco Galesi for $2.3 million who renamed the house "Elysium". In 2000, Galesi put the house up for sale at a cool $40 million. As it lingered on the market, the price tag steadily dropped to $28.9 million when it was purchased by Calvin Klein in 2003.

In 2009, with full planning permission granted, Klein demolished the house that in recent times had been described by local preservationist Zachary Studenroth as, "the house we love to hate". In contrast to its predecessor, Klein's streamlined oceanfront home on the 11-acre estate is reported to constitute three buildings all connected by an underground tunnel - coming in at a considerably smaller 17,000 square feet. Predictably, reactions to the demolition of Dragon's Head have been mixed, and as The New York Times put it: "like any iconic local eyesore, it will be missed".

The original Chestertown House, home of the DuPonts