Completed in 1915, for J. Insley Blair (1876-1939) and his wife Natalie B. Knowlton (1883-1951). Their 65-room mansion was designed by Carrère & Hastings, who at the same time as building this were working on Insley's brother's 66-room townhouse in Manhattan, the C. Ledyard Blair House. The attic floor of their mansion was divided into private "museum rooms" given over to their spectacular collection of art and Americana, much of which was donated in 1939 to the Metropolitan Museum of Art and other museums. Since 1957, Blairhame has been home to the Tuxedo Park School....
zoom_in 5 images

The Blair brothers were grandsons of John Insley Blair (1802-1899) - perhaps the least well-known of the railroad magnates, but the world's largest owner of rail mileage during the latter half of the 19th century. "Plain John I.," as he was known, died worth $70 million and though he'd been happy to furnish his home (The Homestead) with, "a sparseness that suggested poverty," his grandsons inherited neither his parsimonious tastes nor, it should be added, his business savvy - usually a dangerous combination.

Whereas C. Ledyard Blair was the more ambitious and apparently financially astute of the two brothers (he founded an investment bank and served as a Governor of the New York Stock Exchange), he somehow managed to die in 1949 with just a million in the bank. Insley on the other hand had no pretensions to being a businessman but ironically perhaps fared far better - he and his wife made names for themselves as collectors of art and Americana, and their home in Tuxedo Park became their own private museum.

A Permanent Home Built to Last

Insley and Natalie first met in 1901 at the Tuxedo Club but were not married until 1912. The following year they purchased land from the heirs of Pierre Lorillard IV and started work on Blairhame. Their stately red brick mansion is in parts reminiscent of Insley's brother's country home in New Jersey, Blairsden, designed by the same architects a decade earlier. Blairhame is loosely based on English Baroque/English Queen Anne (late 17th, early 18th century) architecture, with French elements. The facade with its diagonal brick design and limestone coins hides a solid concrete and reinforced steel core. It stands 2.5 stories high and originally contained 65-rooms including 20-bathrooms. Insley and Natalie Blair were a social couple and their home was built for entertaining. They summered at Blair Eyrie and kept an apartment in Manhattan, but this was 'home'.

Mrs Natalie Blair grew up between New York City and nearby Echo Lawn where from a young age she was inculcated with her parents' passion for horticulture. From 1916, she began looking for art and antiques with which to fill Blairhame's 65-rooms and it was her naturally analytical and logical approach towards these acquisitions that saw her become, "the earliest woman collector of Americana of the first rank". She kept a detailed inventory of all her purchases, paying particular attention to the patina of each item. However, she quickly grew disillusioned with English and European 'antiques' that began to flood the American market and this made her more determined to focus on Americana.

Natalie had a considerable head-start on her later competitors: she'd started collecting Americana a decade or so before Henry F. du Pont bought Chestertown House or Henry Ford had thought about creating Greenfield Village. She became an expert in her field and trusted her own opinion over other so-called experts. She, "amassed a treasure trove rich with the sense of history" and converted the attic space at Blairhame into individual museum rooms such as the, XVII Century Room; the Queen Anne Room; the Chippendale Room etc. Insley's passion was almost entirely confined to Chinese porcelain, but in 1919 the Blairs did make an important joint purchase: Charles Willson Peale's 1779 portrait of, "George Washington at Princeton," today worth somewhere between $10 and $15 million.

Insley died in 1939, at which point Natalie distributed much of her "priceless" collection between the Museum of the City of New York; the Metropolitan Museum of Art; the New-York Historical Society; and, the Cooper Union. She closed Blairhame (offering its basements to the New-York Historical Society to store their treasures during the war) and moved into the gardener's cottage before retiring to Manhattan where she died in 1951. In 1957, her only surviving daughter, Joan, gave Blairhame over to the Tuxedo Park School.

In 2006, the remaining 100-or-so pieces of Natalie's collection that had been kept in the family were put up for auction at Christie's by her grandson, John Overton. They sold for just over $32 million, becoming the highest single-owner sale of Americana at auction. 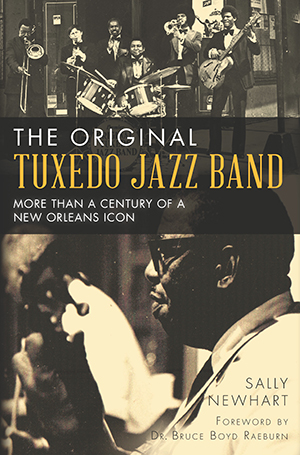 The Original Tuxedo Jazz Band: More than a Century of a New Orleans Icon By Sally Newhart 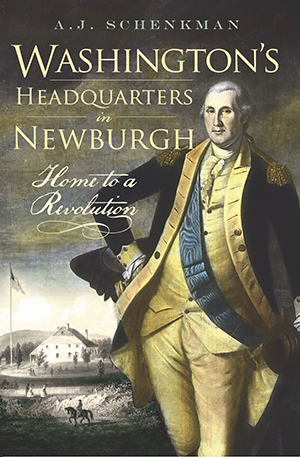 Washington's Headquarters in Newburgh: Home to a Revolution By A.J. Schenkman