Completed in 1804, for Samuel Davidson (c.1747-1810), an opportunistic merchant-cum-landowner who paid $6,000 in 1791 for 500-acres of land prime for development in the new capital. It was Davidson who sold the land on which the Blair House and part of the White House among others were built. Neighbouring Dumbarton Oaks, Evermay remained in the Davidson family until they sold it to the McPhersons in 1877. It was latterly the home for nearly a century to three generations of the notable Belin family until taxes and running costs became prohibitive. Evermay was purchased in 2011 by the biochemists and philanthropists Dr Sachiko Kuno and Dr Ryuji Ueno (who also own Halcyon House) as the headquarters of the S&R Foundation....
zoom_in 3 images 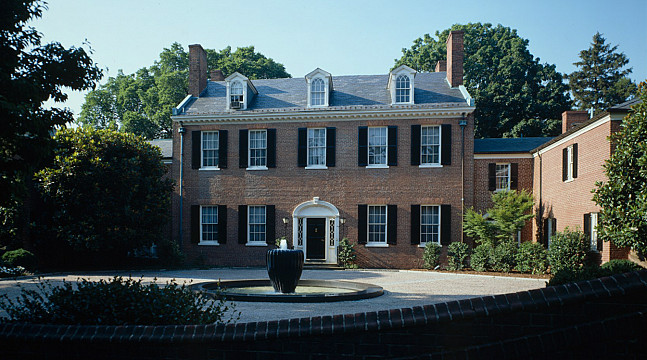 The farm on which Davidson chose to build his home was already named Evermay. He employed Washington D.C.'s first Surveyor, Nicholas King (1771-1812), to design his new home and King worked with Theodore Hunt to lay out the formal gardens. By 1809, he had secured his premises with a perimeter wall guarded by a trusted slave, Edward. Nonetheless, he still felt compelled to ward off any would-be trespassers with this comical and unusual notice published in the papers that paints a vivid impression of Davidson:

"Whereas my house called Evermay... This is to forewarn, at their peril, all persons of whatsoever age, sex, color, or standing in society, from trespassing on the premises, in any manner, by day or night; particularly all thievish knaves and idle vagabonds; all rambling parties, all assignation parties; all amorous bucks with their doxies; all sporting bucks with their dogs and guns.

My man Edward, who resides on the premises, has my positive orders to protect the same from all trespass as far in his power, with aid of the following implements, placed in his hands for that purpose, if necessary: viz. law, when the party is worthy of that attention and proper testimony can be had - a good cudgel, tomahawk, cutlass, gun and blunderbuss, with powder, shot and bullets - steel traps and grass snakes. It is Edward's duty to obey my commands. In doing so on this occasion, I will defend him at all risks and hazards... All parties to avoid Evermay as if a den of evils or rattlesnakes."

Perhaps unsurprisingly, Davidson never got married and on his death in 1810 he expressed his desire to be buried at Evermay. He left the house to a nephew in Scotland, Lewis Grant, on the condition that he move to Washington and take the surname "Davidson".

Lewis Grant Davidson (1779-1832) renovated the interior in 1818 and lived there with his wife, Eliza Crawford (dates unknown), and their children. Eliza outlived her husband and after her death Evermay passed to their eldest son, Samuel Grant Davidson (1822-1893). Sometime shortly afterwards Samuel sold or passed the house to his sister, Elizabeth Grant Davidson (1827-1892) who in 1849 had married Charles Dodge (1828-1890).

In 1877, the Davidsons/Dodges sold Evermay to John Douglas McPherson (1817-1896). By then, the estate had been reduced to 3.5-acres (as it remains today), 10-acres having been previously sold off by the Davidsons to create Oak Hill Cemetery.

McPherson leased the property to General Henry Hayes Lockwood (1814-1899) and in the same year added the wooden porch to the front of the house, as well many other decorative Victorian features. The Lockwoods remained at  Evermay until the General's death there in 1899. The tenancy was continued by the General's daughter, Julia (1859-1948) and her husband William Baxley Orme (1842-1927).

The McPhersons put Evermay on the market in 1918. The mansion narrowly avoided demolition in 1919 when it was purchased by developer Francis H. Duehay who intended to replace it with a modern hotel. The mansion was saved when local residents pushed to get a by-law passed prohibiting the construction of any building over forty feet.

Duehey was relieved to sell the property in 1923 to the diplomat F. Lammot Belin (1881-1961). "Mott" and his wife, Frances Jermyn (1888-1945), carried out extensive renovations to the house and gardens, bringing it back to it's original Federal-period self. When overseas, Mott's brother-in-law, Pierre S. du Pont (1870-1954), oversaw the replanting of the gardens and many of the specimens that were brought in from old Colonial estates in Virginia were also planted in du Pont's magnificent gardens at Longwood.

Mott became vice-President of the National Gallery of Art, representing it as a co-founder of the National Trust for Historic Preservation. After his death was passed to his only son, "Peter" F. Lammot Belin Jr. (1913-1982) who completed the brick "Orangerie" on the east front started by his father int he 1950s. Though he never discussed it, Peter is most frequently remembered for having survived the Hindenburg Disaster in 1937 by leaping out of the dining room window as it went up in flames.

Peter's son, Harry, took over the house but despite every effort to keep it in the family conceded that it had to be sold. It was put on the market at $49 million, making it the most expensive house to be put on the market in Washington D.C. However, the price was prohibitive and it was not sold until 2011, for $22 million. It became the headquarters of the S&R Foundation after being acquired by the biochemists Dr. Sachiko Kuno and Dr. Ryuji Ueno who also own the historic Halcyon House. 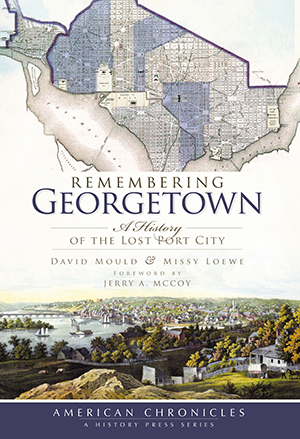 Remembering Georgetown: A History of the Lost Port City By David Mould & Missy Loewe, Foreword by Jerry A. McCoy 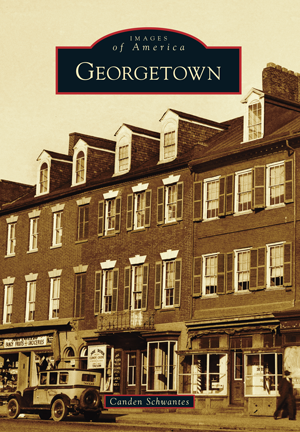 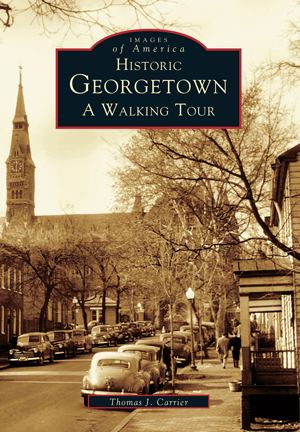 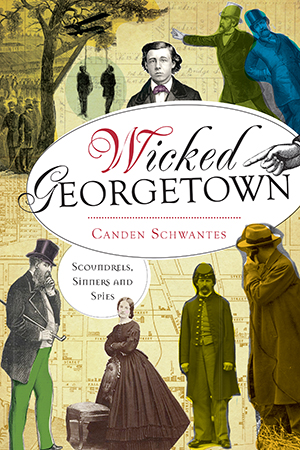