Completed in 1738, either for John Dolbeare (1669-1740) and his wife Sarah Comer (1675-1744), or one of their children. The date of completion was shown on the chimney and the house stood on a plot of 7-acres with an orchard on Center Street at the corner of Boylston Street in Jamaica Plain, West Roxbury. The house is named for its most famous resident, Benjamin Hallowell, an unswerving Loyalist and the Commissioner of Customs for the Port of Boston during the time of the Boston Tea Party. In the years leading up to the Revolution, Hallowell was generally conceded to be, "the second most hated man in Boston". Except for a small extension at the rear, the house remained unchanged since Hallowell's time up until it was demolished in 1924....
zoom_in 6 images 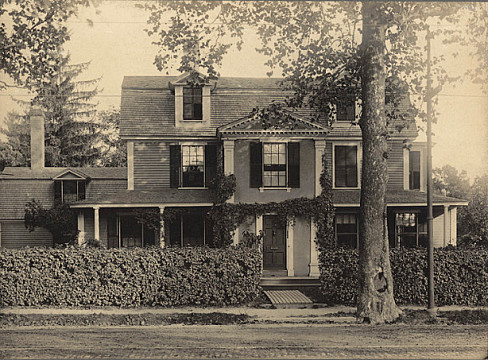 Captain Benjamin Hallowell, Commissioner of Customs for the Port at Boston

By the time John Dolbeare died in 1740, he was was one of the wealthiest men in New England having made a fortune of some £57,000 through manufacturing and selling pewter. His family continued to reside in the house he built at Roxbury until the early 1770s when his second son, David Dolbeare, sold up to Mrs Mary (Boylston) Hallowell (1722-1816). Despite being a first cousin of the mother of President John Adams, Mrs Hallowell was a member of a prominent Loyalist family. She was the daughter of a wealthy merchant whose brothers, Nicholas and Thomas, were great benefactors to Boston and particularly Harvard; and, her sister married Governor Moses Gill (1734-1800).

Mrs Hallowell was the wife of Benjamin Hallowell (1725-1799) who through no real fault of his own other than his Loyalty to the Crown became the, "the second most hated man in Boston". Mr Hallowell was both a loathed Mandamus Councillor and if that was not bad enough, he was also the Commissioner of Customs for the Port of Boston during the Boston Tea Party. He was not British, he was, "a man of Boston" but rather than that being a good thing, it may have inspired further ire from his fellow countrymen.

From 1764, the Hallowells had made their home in a "splendid" townhouse on Boston's Hanover Street. In March the following year, the Stamp Act was passed and though Hallowell had nothing to do with it, he was already a well-known Loyalist and became the target of angry protesters. That August, their home was attacked, over-run and completely ransacked by, “a great number of disguised ruffians, armed with clubs, staves, etc.” This was likely not the only time they were harassed and fearing for the safety of their family, Mrs Hallowell purchased this house outside Boston in the countryside at Roxbury.

Despite the move, trouble still followed them. In 1774, an angry crowd had assembled at Cambridge Common to receive the resignations of three of the detested Mandamus Councillors - but Hallowell was not among them. So, when the already angry mob saw him ride by on his way back home to Roxbury, things turned nasty. Before he knew it, Hallowell suddenly had 160-horsemen bolting after him at full gallop. Fortunately for him, the leaders among them persuaded the rest to give up the chase, but one man continued and pursued Hallowell back to Roxbury where he, "caused him much annoyance".

By August, 1775, tensions were on a knife-edge throughout the city and Hallowell now found himself an unlikely combatant with an English Admiral! As the Port Commissioner, he had repeatedly asked Admiral Samuel Graves to explain why he had taken hay that was not his - only to be continuously ignored. The Admiral was not known for his cordiality and was even said to be less popular among his own than he was among the rebels. So, when the two men ran into one another on Milk Street, it not go well: Hallowell demanded an explanation for having been ignored, to which the Admiral spat his trademark vitriol in response. As Hallowell was in mid-sentence challenging him to a duel, the Admiral hit him in the face and reached for his sword. Hallowell was unarmed, and quickly wrenched the Admiral's sword from him before breaking it in two across his knee and throwing the scrap iron back in the Englishman's face, giving him a black eye in the process!

In March, 1776, it must have been with great regret but mixed with some sense of relief that Hallowell put his family on ship with the British army bound for Nova Scotia. On arriving there, he wrote: "If I can be of the least service to either army or navy I will stay in America until the Rebellion is subdued". His services were not called upon and the optimism he maintained for a favorable outcome was quickly dashed. They settled in London where they lived, "in handsome style but not as splendidly as when in Boston".

Hallowell's father had owned 50,000-acres in Kennebec, Maine, a large part of which he in turn inherited. But, this and his houses on Hanover Street and Roxbury were all confiscated by the State. During the Siege of Boston (1775-76), his home in Roxbury was used as a hospital and his pleasure grounds then became a burial site. At the conclusion of the Siege, the State leased the house and its 7-acres to a Mr Jonathan Mason before selling it to Samuel Gardner Jarvis in July, 1780. In 1791, it was sold again to Dr Louis Leprelet.

In 1800, the Hallowell's eldest son, Ward Nicholas Boylston (who had changed his name on  becoming sole heir to his uncle's fortune) returned to Boston after having lived in London for the previous 25-years. That year, he had been named heir to another uncle, former Governor Moses Gill. While Boylston was waiting for his uncle's will to be settled, he famously made several extremely generous endowments to Harvard University (that still bear his/his uncle's name today), but he also busied himself by suing the government in 1801 to reclaim the old Hallowell homestead in Roxbury. Ward used a loophole in the law to regain the property as it was his mother who had purchased the house at Roxbury and therefore she had been the owner, not his father, from whom it was confiscated.

Throughout the unusual proceedings, Ward became a friend of Dr Leprelet. Once Ward had won his case, he carried out major necessary renovations to the house and continued to lease it to Dr Leprelet. It is assumed that Ward kept the house for sentimental reasons more than anything else as he certainly did not require the extra income.

The Wings and "Buried Treasure"

In 1845, Dr Benjamin F. Wing (1805-1884) and his wife Adeline Hallet (1807-1883) purchased the house from Ward’s estate as a family home. It was then described as standing at the corner of Austin and Boylston Streets. Dr Wing made "thorough" reparations to the old house and added two further wings which gave it, "something more of a quaintness than it previously exhibited". After the doctor died in 1884, he left the house to his youngest son, Dr Clifton Ellis Wing (1848-1911), who was born there and later lived there with his wife Anna L. Noyes (1854-1923). He was the incumbent when a story concerning lost treasure appeared in the Boston Daily Globe on December 29, 1901:

The present owner... recounts a story which he heard from his father about a search for buried treasure that was made on the place. It was made during the present incumbent’s lifetime and was most mysterious in many particulars. It seems that one Sunday morning his father went into the orchard, and, while leaning on his cane under a tree, the cane suddenly slipped from his hand and went down into the earth near his feet.

He felt the sod with his toe, and found that it sank in after the cane, and then calling some workmen, they proceeded to investigate, and found that some one had removed the sod and made an excavation about three feet deep. They had done their work so neatly and carefully that not a trace of misplaced earth laid on the sward, and the sod itself had been replaced so carefully that it defied scrutiny.

The excavations were continued at the instigation of the elder Mr Wing, but no treasure was disclosed, and it is supposed that some one had been directed there by a clairvoyant and hoped to find a fortune, presumably belonging to the old house of Hallowell. Other excavations that were made at night were subsequently found, and a close watch on the orchard never disclosed the diggers. The work has been done at intervals, although within the last eight or nine years the ground has not been disturbed.

In 1901, the house was still in "an excellent state of preservation" and its address was then given as 464 Center Street. Dr Clifton E. Wing died in 1911 but his widow, Anna, continued to live there. She died in 1923 and in the following year the house was demolished. 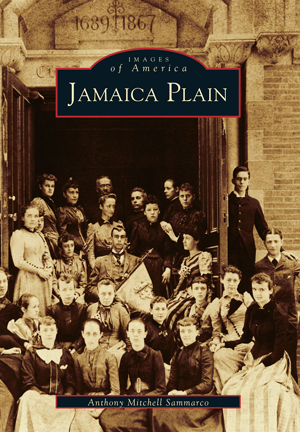 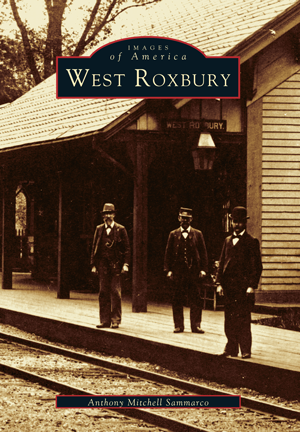 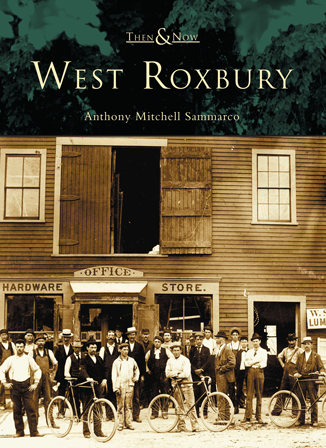