Built 1772, for William Livingston (1723-1790), 1st Governor of New Jersey, and his wife Susannah French (1723-1789). It was once home to Alexander Hamilton (1755-1804) who was a guest of the Livingstons and later built Hamilton Grange. It was also where Mrs Washington rested en route to her husband's inauguration as President in 1789. Since 2007, Kean University have maintained the old mansion for use as a public museum and historic archive center.
zoom_in 1 images 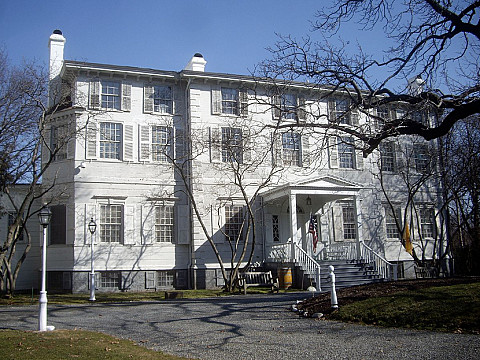 1st Governor of New Jersey & Signer of the U.S. Constitution

Henry B. Livingston, Associate Justice of the U.S. Supreme Court

Livingston was the the youngest but most successful son of Philip Livingston (1686-1749), 2nd Lord of Livingston Manor; and, a first cousin of the Livingstons of Clermont Manor. Educated among the Iroquois before attending Yale University, William afterwards enjoyed a successful career as a lawyer in New York City. In 1770, he and his wife retired to New Jersey (where she grew up) with the idea of living out their final days in peace, but the outbreak of the American Revolution hurled him reluctantly back into political life. William was selected to be a Delegate to the Continental Congress, a Signer of the United States Constitution; and, in 1776 he was appointed the 1st Governor of New Jersey.

In 1760, William Livingston had acquired a 140-acre estate outside what was then known as Elizabethtown, intending to establish "a showplace of modern scientific agriculture". Retiring from public life, he began to set this plan into action and in 1772 built a 14-room house with narrow doors and wide staircases, described at the time as a "neat, but simple mansion" overlooking the Elizabeth River. The house was set within 22 acres of formal gardens, with fruit trees, a kitchen and rose garden. His eldest daughter, Susannah Livingston (b.1748), planted the large horse chestnut tree that is still found there today.

In their first year at the house, the Livingstons were joined by a young Alexander Hamilton (1755-1804) - later of Hamilton Grange - fresh from the West Indies who was studying in Elizabethtown at the academy founded by Colonel Francis Barber (1750-1783).

Livingston's peaceful existence as a gentleman farmer was turned upside down on the outbreak of the Revolution. To protect their valuables, the family made "innumerable little cupboards and artful contrivances for hiding things in the panelling of the walls," that can still be seen today. Inevitably, the British soldiers came to the house in the summer of 1780 when Livingston and his sons were away on active service. The Livingston girls directed the male servants to hide in the woods while they remained in the house with their maids. The soldiers who arrived in the morning attempted to take letters between Livingston and George Washington (1732-1799), but his daughter retorted that they were her own private correspondence, and they let the women be.

Trouble came later that day when the British officers who were to lodge there overnight were called away on urgent business, leaving the women unprotected. Drunken refugees entered the house late at night brandishing muskets and sabres (the scars of which can still be seen on the bannisters) and broke down the door in which the women were hiding. One of them grabbed one of the girls, but as legend would have it, a flash of lightening lit her pale face and white night clothes up, leading the intruder to think he was holding the ghost of Mrs Caldwell - Hannah Ogden (1733-1780) - who they had killed earlier in the day. The shock sent them running terrified from the house and the Livingston girls were spared.

As peace returned and liberation was won, Livingston named his home Liberty Hall. In the final decade of his life, he received many of the most important personages of the day at his country estate and more often than not these guests would find the governor busying himself outdoors in his gardening clothes amidst his formal English parterres, rose gardens and fruit trees.

Livingston outlived his wife by a year and left his estate in New Jersey to his eldest son, Henry Brockholst Livingston (1757-1823). He held the house until 1798 when he sold it to the wicked deviant, George Richard St John (1761-1824), 3rd Viscount Bolingbroke, who went by the pseudonym "George Bellasis" and lived there with his mistress, Isabella Antonia Marianne Charlotte Sophia (1772-1848), Baroness von Hompesch. 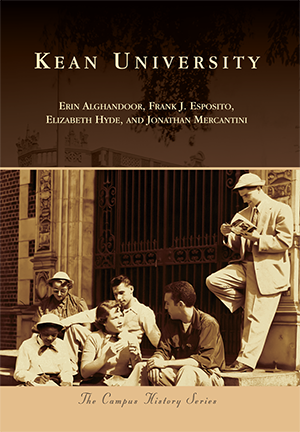