Built 1893, for Henry H. Cook (1822-1905) of New York as a wedding present for his youngest daughter, Georgie (1865-1946), and her husband Carlos de Heredia (1873-1917), Count of Fuentes. This 33-room mansion was designed by Peabody & Stearns, of Boston, in the style of a 16th century Florentine villa. The gardens that sweep down from the villa to Lake Mahkeenac (also known as Stockbridge Bowl) were landscaped by none other than Frederick Law Olmsted (1822-1903). Today, Wheatleigh has gained a reputation as an intimate luxury hotel with 19 guest rooms, but in 1982 it dodged a bullet when a convicted con-man attempted to gain ownership....
zoom_in 20 images

Henry Cook had made his money primarily as a bank president which allowed him to invest and sit on the boards of several profitable railroads, notably the Union Pacific. In 1880, he got into real estate when he paid $500,000 for an entire city block in the heart of Manhattan. When he died, he was able to leave his five daughters $2.6 million each.

Since 1883, Henry and his wife had lived at 1 East 78th Street at Fifth Avenue, New York. It was there that they held the wedding reception for their youngest daughter, Georgie, on her marriage to the Cuban-born Spaniard, Carlos de Heredia (1873-1917), Count of Fuentes. As a wedding present, Cook promised them a summer home of their own choosing which they could all share, and they chose to build in The Berkshires.

In 1893, the Cooks and the Heredias took Rocklawn for the season. As Richard Morris Hunt did a couple of years later for the Vanderbilts regarding The Breakers, Messrs Peabody & Sterns presented the party with a choice of five designs for their new mansion in three different styles: Chateauesque, Scots Baronial, or Italian. Everyone agreed that its situation in the rolling hills overlooking the lake leant itself best to an Italian villa.

The villa is named for Wheatley, the English village in Oxfordshire that according to a local newspaper certain of Cook's ancestors had hailed from. The 33-room mansion of two-and-a-half stories is built of buff-colored brick detailed with pale terra-cotta. The lake facade is perfectly symmetrical: each side of the central block is a wing attached by a hyphen from which extend identical columned pavilions and a wide terrace between.

The 100-foot high water tower was the tallest building in The Berkshires for several years. It became known as the "Poodle Tower" as it was here that the Countess buried all 21 of her beloved poodles! Other outbuildings included the carriage house, dairy, ice house, gatehouses and hay barn. There was also a two-story aviary attached to the house.

By 1902, Cook had witnessed the Whitney Mansion take shape and at the same time he asked the architects - McKim, Mead & White - to draw up plans for him for a similar house in the Beaux-Arts style on another plot he owned. That plan never came to fruition, and instead after his wife died that year Cook retired permanently to Wheatleigh.

Three years later, Cook died and the mansion with its 360-acres became the sole possession of the Count and Countess. They lived at 110 East 70th Street in New York, but summered every year at Wheatleigh. In 1915, "The Domino Ball" for 150 guests was just one of many spectacular parties they held there every season. The ballroom was bathed in pink and white light and The New York Times reported that, "magnificent lighting effects... made the gardens of flaming splendor". The Washington Post explained,

The women of the colony wore cloaks and hoods (known as dominos) of many hues and many were masked. By law of the state of Massachusetts (with its puritanical roots), both sexes are not allowed to mask for a ball and only the women were disguised. At 1 o'clock the masks were removed and supper was served on the inclosed (sic) porches.

The Count, who was a very popular figure among the Berkshire set, died in 1917 but Georgie continued to entertain lavishly. In 1927, she gave a memorable dinner for 80 guests that included both the staff and students from the Lenox School. She often leant the gardens to various charitable organizations and local societies for fundraisers etc., and she co-founded the Berkshire Symphonic Festival that became Tanglewood.

Life continued as normal at Wheatleigh until 1943, when the rationing of gasoline due to the war no longer meant Georgie could make the trip up from New York. She died three years later, leaving the estate to two nieces who promptly sold it for a steal ($70,000) to real estate developer Joseph Lutske (1897-1981) from Chicago. Six months later, he sold the mansion and 21-acres that surrounded it to the Boston Symphony Orchestra for $25,000. He made his money on his investment by developing the remaining 340-acres.

Until 1957, the BSO used the mansion to house students enrolled at the nearby Berkshire Music Center, based at Tanglewood. It was then purchased by Stephanie and Phillip Barber who were occupying some of the outbuildings sold to them by Lutske as a jazz school. They transformed the mansion into the Music Inn which they eventually leased to the Lenox Arts Center who put on plays in the Great Hall up until 1976.

From 1976, it became a "country inn" having been purchased for $235,000 by David Weisgal (1932-2009) and his then future wife, dancer Florence (Baum) Brooks-Dunay. The New York Times then referred to it, "as the most romantic inn in the Berkshires".
Soon afterwards, the Wiesgals relocated to Palm Beach and leased the mansion, still as a country inn, to Linfield and Susan Simon with the option to buy for $500,000.

In 1982, a seemingly charming and generous young German, Thilo Rethmann, arrived in Lenox from California, quietly letting it be known that he came from a wealthy family and wished to settle there. He was shown Wheatleigh and promptly offered the Simons $2 million. Somewhat incredulously, they gleefully accepted and started looking for a new home. It was only when Rethmann approached Henry Williams, President of the Berkshire Bank, for a bridging loan that Williams felt something wasn't quite right.

Following a background check, it transpired that Wheatleigh's would-be new owner had fled Germany for California after being convicted of 57 counts of fraud! Having already defrauded his landlady in California of $40,000, when his accomplices were caught, he called the police to say he would hand himself in before legging it up to Lenox! Luckily for Wheatleigh, this meant the Simons went nowhere and purchased it at the right price.

Since then, the Simons have put Wheatleigh on the map in a positive light. Over the years they have transformed it into an intimate hotel, yet with an international reputation. Once again, it offers modern comfort and hospitality reminiscent of the Countess' days. 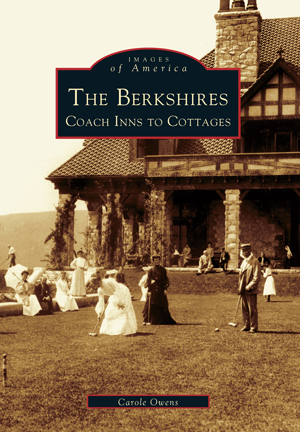 The Berkshires: Coach Inns to Cottages By Carole Owens 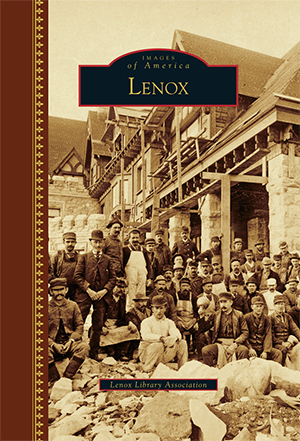