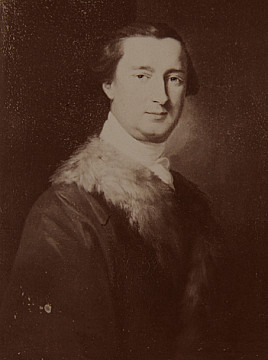 He was born in London and was the eldest grandson of William Penn, the founder and proprietor of Pennsylvania. He was educated in England and at Geneva in Switzerland. In 1752, he was sent out to Pennsylvania to learn the ropes of government under James Hamilton. His uncle, Thomas Penn, summoned him back to England three years later after reports of heavy spending and his unsavoury relationship with a "debauched" Italian musician whose rent he paid. He remained in England until 1763 when he returned to Pennsylvania, replacing Hamilton as Governor of the Colony.

He married Hamilton's niece Anne Allen in 1766 and reluctantly returned to England in 1771 (selling his townhouse on Third Street to his lawyer, Benjamin Chew) after his father died and he was required to administer to his estate. He and Anne returned to Pennsylvania in 1773 when he resumed his role as Governor until 1776 when the Revolution saw the Penn's 24 million-acres confiscated by the new Commonwealth of Pennsylvania. Nonetheless, with the approval of his family, Penn swore loyalty to the new Commonwealth and apart from three more years in England (1789 to 1792), he and Anne continued to live quietly and happily at their home near Philadelphia, Lansdowne House. John and his cousin, John Penn (1760-1834), received £130,000 in compensation from the new government for the loss of their lands. John and Anne died without issue.

The Storm Gathering: The Penn Family and the American Revolution By Lorett Treese

Pennsylvania: A History of the Commonwealth By Randall M. Miller & William A. Pencak