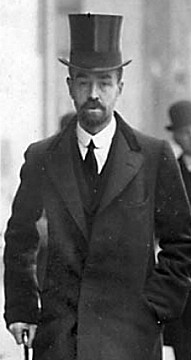 He grew up between the Vanderbilt Chateau on Fifth Avenue in New York City and The Breakers in Newport. He was educated at St. Paul's School, Concord, and Yale University. He came to blows with his father (literally) over his choice of wife and was banished from home. Days later his father suffered a stroke which left him partially paralyzed and three years later he was dead. It would be 27-years before Neily's mother spoke to him again. In 1896, on the day of Neily's marriage to the socially aspiring Grace Wilson, his father altered his will in favor of his next son: Alfred was left $36.8 million while Neily was snubbed with a mere $1.4 million. However, Alfred gave him $6 million to bring his inheritance equal with their siblings, Reginald and Gladys.

Neily was a quiet and studious man who graduated with a degree in mechanical engineering from Yale. Unlike his two younger brothers, he was genuinely interested in the family business and chose to take a job with the New York Central Railroad but that career path ended with the family bust-up. Instead, he put his mechanical talents to use and patented over 30-inventions for improving locomotives and freight cars which gave him a not insignificant income. In 1904, having observed the subway systems of London and Paris, he partnered with August Belmont Jr. to establish the Interborough Rapid Transit Company for the construction of New York City's first subway.

In 1901, he was commissioned into the New York National Guard, rising to the rank of Brigadier-General in 1918. He did not see active service but played a key role in the training and instruction of his troops. General Vanderbilt was awarded the Distinguished Service Medal. He was also a yachtsman and a member of the syndicate that built Reliance, the largest racing yacht in history with a crew of 70 that successfully defended the America's Cup in 1903. From 1906 to 1908, he was Commodore of the New York Yacht Club and in 1910 he skippered the Aurora to win the King Edward VII Cup.

He lived between 640 Fifth Avenue that he inherited from his uncle in 1914 and Beaulieu in Newport. He remained married to Grace until his death and they were the parents of two children, Cornelius IV and Grace, first Mrs Henry Gassaway Davis and afterwards Mrs Robert Livingston Stevens. After Neily died, his widow 'downsized' to the historic William Starr Miller House that she jokingly referred to as "the Gardener's Cottage"!