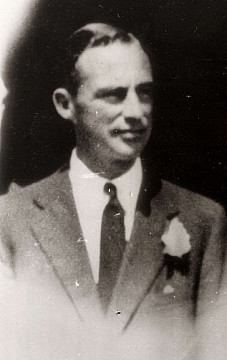 He grew up at Crumwold Hall in Hyde Park, New York. He was named for his father's first cousin, Herman Livingston, of Oak Hill. He graduated from Yale (1914) and the Massachusetts Institute of Technology (1917). Just seven years later, he decided to retire from engineering to "devote himself to a life of travel and self-cultivation"... lucky man! His first stop was Peking, where he and his wife offered Wallis Simpson refuge after her first failed marriage to Earl Winfield Spencer and she lived with them for a year in 1924. On returning from China, the Rogers lived between Hyde Park in New York, London, and their villa, Lou Viei, on France's Cote-d'Azur.

He and his first wife, Katherine Moore, were intimate friends of the Duke and Duchess of Windsor. It was to their villa in France that Wallis fled when Edward abdicated from the British throne (when Herman acted as an intermediary between Wallis and the press) and it was Herman who gave her away at the Château de Candé in 1937. The Windsors spent a substantial part of their honeymoon during the winter of 1937-38 at Lou Viei, and Wallis later reputedly claimed that it was in fact Herman who had always been her one true love.

Herman was described as, "very quiet and conservative" and was one of the Duke's favorite partners for squash, racquets, sailing and golf. He was also a photographer of some remark and a collection of 75 of his pictures of "bizarre window arrangements" in New York City shops were exhibited in 1936 at the Museum of the City of New York. In 1950, the year after Katherine died, he married Mrs Marie Lucy Fury Wann, the widow of Air Commodore Archibald Wann, and the Windsors stood in as their witnesses.