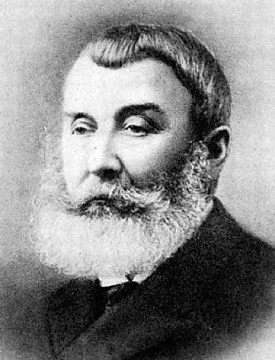 He was born in Leitersburg, Maryland, founded by his grandfather, Abraham Leiter. He began his career in the village store before leaving for  Springfield, Ohio, where he worked as a peddler. When he was 21 he arrived in Chicago and found work as a clerk with the city's leading dry goods merchants, Cooley, Farwell & Co. In 1862, he purchased an interest in the store with another colleague, Marshall Field, and in 1865 sold out to go into business with Field and Potter Palmer, establishing Field, Palmer, Leiter & Co. Palmer retired two years later and the store continued as Field, Leiter & Co. until in 1881 when Leiter sold his share and the store became the eponymous Marshall Field & Co. that survived until 2005 when it was bought out by Macys.

From 1881, Leiter invested heavily in Chicago real estate and by doing not only greatly increased his fortune but also played a key role in helping the city recover from the Great Fire of 1871. He accumulated a $30-million fortune and was President of the Chicago Art Institute; built a new home for the Chicago Historical Society; and, gave generously to the Chicago Public Library. He enjoyed national and international travel and collected thousands of rare books and manuscripts on American history.

To satisfy his wife's desire to see their daughters marry into the highest echelons of society, they moved to Washington D.C. in 1883. They lived at the Blaine Mansion before building the 55-room Leiter House that was designed to be large enough for his library, and for her entertaining. In 1866, he had married Mary, daughter of Benjamin Carver and they had 4-children. Mrs Leiter achieved her quest for social dominance after two of her three daughters married into the top tier of British aristocracy: Mary married the Marquess of Curzon, Viceroy of India; and, Daisy married the 19th Earl of Suffolk.