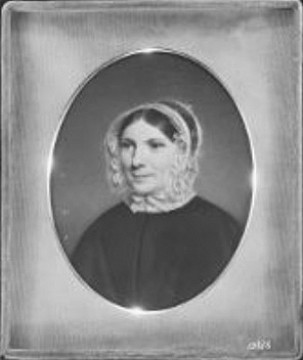 She was the daughter of Henry Will of New York City and a first cousin of Philip Hone, Mayor of New York City. Her first husband (married in 1801) was Henry A. Coster who left her a substantial fortune including their house at 85 Chambers Street and their country estate, the Henry A. Coster House at Kip's Bay, Manhattan. It was her first husband's fortune that allowed her second husband, Dr David Hosack, to buy what is now known as the Vanderbilt Mansion in Hyde Park, where he laid out his own botanical garden. Magdalena was the mother of seven surviving children by Coster. When she married Hosack, their two families joined as one at Chambers Street where at the dining room table the children would sit alternately, Hosack-Coster-Hosack-Coster etc.