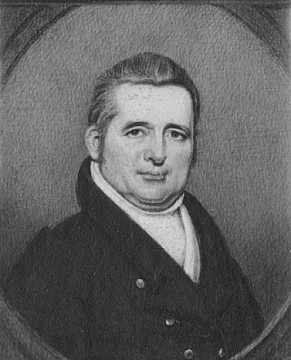 He was born at Rowley, Massachusetts, and was coachman to a merchant in Boston before moving to New York City in 1795. The following year, he set himself up at 42 Wall Street as, "Nathaniel Prime, Stock and Commission Broker". He quickly established a fortune buying and selling bank stocks and soon opened his own private bank. As the business grew, he took on various partners: Samuel Ward III; Prime's brother-in-law, Joseph Sands; and, lastly the brother-in-law and former partner of Archibald Gracie II, James Gore King. Sands died in 1826 when the firm became best known as Prime, Ward & King, “one of the great banking houses of the United States" By 1830, Prime was named as one of New York's five millionaires along with John Jacob Astor, Stephen Whitney, John G. Coster, and Robert Lenox. Nonetheless, his life ended tragically just ten years later when he slit his own throat at his country house, the Prime Mansion at Hellgate. William H. Aspinwall stated that, "he had been dyspeptic and nervous for some time; he was retired from active life and his mind, I suppose, preyed on itself for want of occupation". In 1797, he married Cornelia, daughter of the first President of the New York Chamber of Commerce. They were survived by seven of their 9-children.