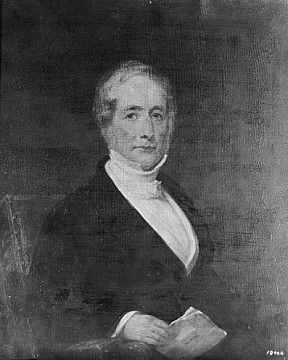 He was born at Derby, Connecticut. He came to New York City as a clerk in his brother Henry's shipping firm, Lawrence & Whitney. In 1800, he joined John Currie and they started their own wholesale grocery business dealing principally in Brandy and Malaga wine over which they held an almost total monopoly by the time Currie died in 1809. During the War of 1812, he successfully managed to export cotton from the Southern States to Europe when few others could. From 1818, he entered into shipping and sent supercargoes to all corners of the world, notably to China and the East Indies. He also owned a large stake in the Kermit Line of packet ships operating between New York and Liverpool. He invested in Manhattan real estate and was behind several rail and canal projects founding among others the New Jersey Railroad; the Delaware & Hudson Canal Co.; and, the Delaware, Lackawanna & Western Railroad. Among others, he was a director of the Bank of Commerce and the Bank of America. By 1830, he was named as one of New York's five millionaires along with John Jacob Astor, John G. Coster, Nathaniel Prime, and Robert Lenox. He died in 1860 worth just short of $4.5 million.

In 1803, at Newtown, Long Island, he married Harriet Sudyam. They lived at several addresses in New York City: 4 Stone Street (1803-1811); 25 Pearl Street on the north east corner of Whitehall (1811-1827); and, lastly 7 Bowling Green on the corner of State Street, where they both died only months apart in 1860. They were the parents of nine children, though only four lived to adulthood and had children: Mary, Henry, William & Caroline. Their grandchildren included, the scholar Stephen Whitney Phoenix; Mrs Mary Warren; Mrs Harriet Bronson; and, Lloyd Phoenix, Commodore of the N.Y. Yacht Club.