Rebuilt in 1813-14, for James Lambert (1776-1840), an East India Company merchant who divided his time between here and the Manor House, Brixton, which he inherited from an uncle. Fowler's Park is best known as the final home of Henry Spencer Ashbee (1834-1900), the antithesis of every God-fearing Victorian: he possessed possibly the world's largest collection of erotica and in 1888, to the horror of his family, published My Secret Life: the Sex Diary of a Victorian Gentleman. This was also the final home of Lord Duveen, the world's most famous art dealer who furnished the houses and collections of the leading collectors in America, eg. Frick, Morgan, Mellon etc.
zoom_in 2 images 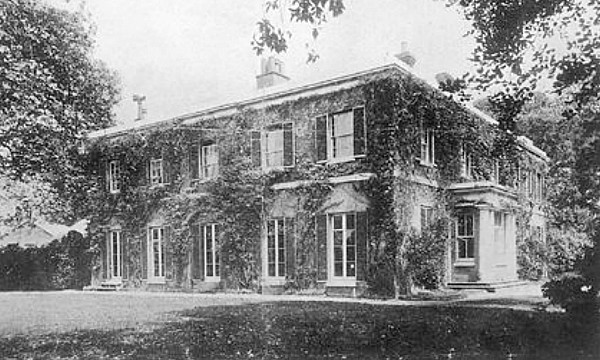 Fowler's had been in the possession of the Kilburne family for several generations when the eminent lawyer, Richard Kilburne (1605-1678), built the original manor house. Its early history is well-documented in the book for which Kilburne is remembered: A Topographie, or Survey, of the County of Kent (1659). He was survived by one daughter and Fowler's was passed down through her to her descendant, Sir John Brewer Davis (1741-1817), who sold the estate to the successful East India merchant, James Lambert.

In 1846, Lambert's widow (Lydia) married Rear-Admiral Sir Richard Grant R.N. (1783-1859) and they continued to live at Fowler's until about 1853, when it was sold to James Gow (1808-1870), a Scottish railway director who later took the name of Gow-Steuart. In 1865, he commissioned the noted architect R. Norman Shaw (the architect of Cragside) to rebuild the front of the house and proceeded to divide his time between here and his townhouse, 42 Palace Gardens Terrace, Kensington. Having outlived his eldest son, on his death in 1870 it passed in trust to his second son, Herbert John Gow-Steuart (b.1854).

By 1881, Fowler's had been purchased by Sir Edmund Hardinge (1833-1924) 4th Bt., who was living here when he founded one of the first tennis clubs in the country. He had sold the estate by 1895 to Henry Spencer Ashbee when the house was reported to have contained 23-bedrooms. But rather than retire here with his wife, Ashbee retired here with his fifteen-year cousin, Louisa. Having travelled extensively, over the years he accrued thousands of books on pornography and erotica that must have filled every shelf in the house and are now in the collection of the British Library. Quite unashamed of his obsession, he met here with similar anti-heroes of the Victorian era such as Sir Richard Francis Burton (the scholar and explorer who translated the Kama Sutra into English), Richard Monckton Milnes, and the poet, Algernon Charles Swinburne.

In 1931, the man billed as the greatest art dealer of all time, Joseph Duveen, 1st Baron Duveen, purchased Fowler's and its 50-acres in preparation for his retirement. In 1937, he place his townhouse in New York - Duveen House - on the market for $1 million and settled down to life in the English countryside surrounded by what must have been one of the finest collections of antiques in the country. Sadly his retirement did not last long and he died just two years later in 1939. His widow, Elsie, remained here but it was most likely the next incumbent who - in the 1950s - demolished half of the house before rendering it and painting it white as seen today. It still stands, although divided into apartments.

The Erotomaniac: The Secret Life of Henry Spencer Ashbee By Ian Gibson

Duveen: The Story of the Most Spectacular Art Dealer of All Time By S.N. Behrman

The Devil Drives: A Life of Sir Richard Burton By Fawn M. Brodie