Completed in 1911, for Howard Gould (1871-1959) and his "temperamental" wife, the actress Katherine Clemmons (1874-1930). Also known as the Gould-Guggenheim Estate, its history and architecture has often  been as confused as the original plans were for its construction. The Goulds wanted to build the largest mansion in America. It took 9 years, $1.7 million and 19 designs in the trash before the first brick was laid, by which time Howard and Katherine had separated in a "sensational" trial and the original architect had sued! This article is partly sourced from, "a carefully researched history that is based on more than fifty primary sources"....
zoom_in 18 images

Howard Gould was the third son of perhaps the most the infamous of all the "Robber Barons," Jay Gould (1836-1892). Howard grew up between Manhattan and Lyndhurst which was last occupied by his younger sister, Anna, Duchess of Talleyrand-Perigord. In 1898, to the anger of his father (who reduced his inheritance by $5 million), Howard married the "temperamental and capricious" actress known as Katherine Dayan. When his elder brother had married the actress Edith Kingdon all the Gould family were in attendance. In stark contrast, when Howard married his actress wife ten years later, not one of his relatives attended. This wasn't about his wife's calling, this was about his wife.

Planning the Largest Mansion in America

In 1900, the Goulds purchased the 300-acre Faye estate at Sands Point in Port Washington, Long Island. Howard renamed it "Castle Gould" and they set about creating what they intended to be one of the great American estates. The stables were completed in 1902 followed two years later by the intricate iron gates flanked either side by castellated gatehouses. The stables and gatehouses were both designed by Augustus N. Allen (1868-1958), but his Chateau-style proposal for the main house was rejected by Mrs Gould who wanted it to be an enlarged copy of Kilkenny Castle in Ireland.

In 1904, the Goulds employed the Irish architect and native of Kilkenny, James Francis Reade (1863-1927), to make a survey of Kilkenny Castle so that it could be replicated at Sands Point. In the meantime, they commissioned Abner J. Haydel of Philadelphia to draw up the plans for what they intended to be the largest mansion in America. But, after Haydel had submitted no less than 19 designs only to have each one rejected by the erratic and indecisive Mrs Gould, Haydel quit, and successfully sued for his time in 1907.

Despite having spent $1.7 million, the castle remained unbuilt while the Goulds marriage gradually collapsed. They eventually separated in early 1907 citing, "a misunderstanding over the construction of Castle Gould"... I should say so! Before the year was out, Mrs Gould had filed for a legal separation which ended in a "sensational" trial in 1909, the result of which was generally regarded as a victory for her. Nonetheless, the press rolled out Howard's accusations against her as a violent, boisterous drunk, who sometimes had even been "noisy in theaters"! It was also brought up that she had been having an affair with Buffalo Bill Cody, who later backed all her theatrical ventures.

Midway through the proceedings, Howard reconciled himself by building a third structure on the still mansion-less estate, a bachelor-pad "casino," also designed by Augustus Allen that contained a squash court, bowling alley, and indoor swimming pool along the lines of the "casino" that his brother had built at Georgian Court.

In 1909, it was finally announced that the firm of Hunt & Hunt had come up with the plans for Gould's castle. It was completed after two years at a cost of $1 million to mixed reviews: One commentator billed it as the, "most comfortable house in America" while another called it "pretentious and stiff". The 40-room mansion with its 80-foot tower measures 225-feet in length by 125-feet wide and covers some 65,000 square feet of living space. It required 17 domestic servants and over 200 groundsmen and farmers.

Gould draped the internal walls with medieval tapestries and covered the floors with oriental rugs. The walnut-panelled Library is copied from a palace that had belonged to King James I of England and the Billiard Room has a gold-leaf ceiling, hand-tooled leather walls, and carved oak from a 17th century Spanish palace. The sunken Palm Court once contained 150 varieties of rare orchids etc., and the aviary housed exotic birds.

Despite all the effort it took to construct, Howard held onto the castle for just six years before selling it and its contents for the bargain price of $600,000 to the mining magnate Daniel Guggenheim  (1856-1930). He immediately renamed it "Hempstead House" and lived there until his death but it is still a frequently made mistake for people to refer to the stables as "Castle Gould" falsely claiming it to be the original mansion.

In the same year as purchasing the castle, the Guggenheims donated the estate to the Institute of Aeronautical Sciences who in turn sold it to the U.S. Navy who held it from 1946 to 1967. The U.S. government eventually declared the estate as surplus and in 1971 it was deeded to Nassau County, New York, and is today open to the public. It has featured in several movies including Scent of a Woman, Malcolm X and Great Expectations. 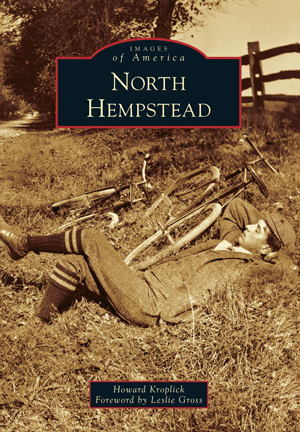 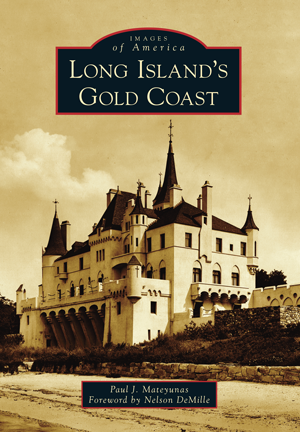 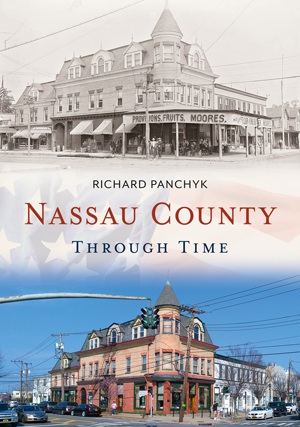