In 1793, James Watson (1750-1806), then Speaker of the New York Assembly, built the original half of this house, being the two bay portion that projects slightly forward to the right of the colonnades. In 1805, he sold his house plus what was then an empty 30-foot lot next door for $36,000 to the, "grand old merchant" Moses Rogers, brother-in-law of Archibald Gracie whose country home is now the official Residence of the Mayors of New York City. Rogers built the colonnaded half of the house and combined it with the west half of Watson’s house, selling the east half (since demolished) to William Bayard. No. 7 is a New York City Landmark and the last of the mansions that once lined State Street. It was also the scene of Henry Cuyler Bunner’s The Story of a New York House….
zoom_in 8 images 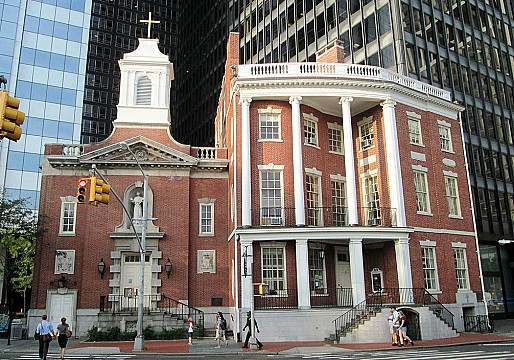 In 1806, Moses Rogers finished his new house (No. 7) with three-foot-thick walls and in the same year he sold the larger remaining east half of the old Watson house to another prominent merchant, William Bayard, for $20,000. Bayard, "remodelled (his) part of the late 18th-century red-brick James Watson mansion" into what gave the impression of having always been a separate house, which was then numbered No. 6. Bayard's house is seen in the illustration of State Street in Valentine's Manual directly to the right of No. 7.

Most histories of No. 7 suggest that the Ionic columns that distinguish Rogers' extension were taken from the mast of a ship/s he was having converted to steam. This makes for a good sea-worthy yarn, but it would appear that whoever first alluded to it, did not account for there being two Moses Rogers of distinction then knocking about New York! How well-known they were to one another is unclear, but they were both from Connecticut and shared an ancestor in common, James Rogers (1652-1714), of New London.

Our Moses Rogers (1750-1826) was a philanthropic hardware and sugar merchant, and although he counted two brothers-in-law who were among the most prominent names in commercial shipping in those days, he himself was not a nautical man. However, his younger namesake, grandson of his father's first cousin, Moses Rogers (1779-1821), was the man who bought the SS Savannah at New York, fitted it with a 90-horsepower engine, and served as its Captain as it became the first ocean-crossing steamship in 1819, reaching Liverpool from New York in 29-days. Ironically, for most of that voyage, it was powered by sail, so it would have made a great story to have thought that No.7's iconic columns were once masts on that historic journey. But, the Savannah was wrecked in 1821 and it would be another 20-years before ocean-crossing steamships became commercially viable.

As for the architect of No. 7's pillared extension, that too is shrouded in some mystery: the architect of James Watson's original house has long been lost to time, but the works carried out by Moses Rogers are generally attributed to John McComb Jr. However, there is in fact no real evidence proving that to be the case and it is possible (and practical) that Rogers used Bayard's master carpenter, John E. West, who'd worked with McComb on City Hall. The "Phyfe Room" at Winterthur features furniture (tables, mantelpiece etc.) removed from an upstairs parlor at No. 7 and chairs commissioned by Bayard for No. 6.

Rogers' eldest son, Benjamin Woolsey Rogers, married "the girl next door", when he wed Bayard's daughter, Susan, in 1807. They took up residence at No. 5 State Street which was later the birthplace of the Goelet brothers, builders of Ochre Court, Southside etc. After Moses died in 1825, Benjamin moved into No. 7 with his second wife, Catherine Elwyn, and lived there until 1830, "when the house was taken by (ie., leased to) G.G. Howland," co-founder of the shipping firm Howland & Aspinwall, for use as commercial premises. G.G. Howland's sister, Abby, was married to Benjamin's uncle, George M. Woolsey.

From the 1830s onwards, State Street, which had been one of the city's most prestigious residential addresses overlooking the Battery, was fast succumbing to commerce and industry. The owners of those businesses were now moving their families to more salubrious settings uptown, and the Rogers were no exception. Instead, they continued to lease No. 7 to various shipping firms up until the Civil War when it was requisitioned by the government and used for military purposes, possibly as a recruiting office. Some say it was also used as one of the network of houses on the Underground Railroad.

Mission of Our Lady of the Rosary

Under Rev. Riorden, the house was now transformed into a home for poor immigrant girls arriving from Ireland as somewhere to live before they had a place to go to. It provided a safe home to over 70,000 girls and found 12,000 girls employment. Today, the house serves as the Rectory to the Shrine of St. Elizabeth Ann Bayley Seton, housed in the red brick Church of Our Lady of the Holy Rosary attached to No. 7. Elizabeth Ann Seton (1774-1821) had lived at No. 8 State Street. She was the first person to be made a Saint in the United States (1975), having established the first Catholic girls' school in Maryland and the first American congregation of religious sisters, the Sisters of Charity.

The Story of a New York House By H.C. Bunner

A Landmark History of New York By Albert Ulmann, Member of the American Historical Society 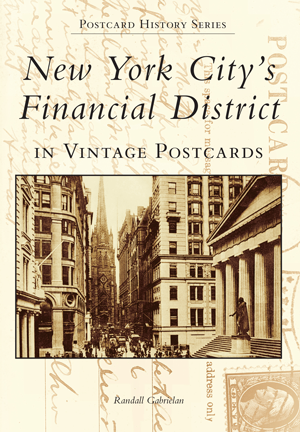 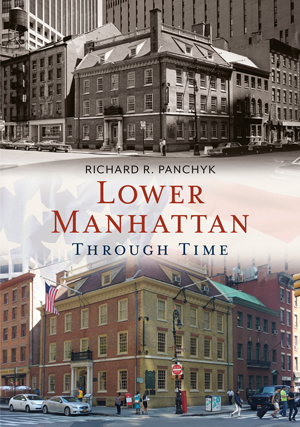