Built 1757-58, by Evelyn Pierrepont (1711-1773) K.G., 2nd and last Duke of Kingston-upon-Hull, for his mistress, Elizabeth Chudleigh (1721-1788), Maid of Honour to the Princess of Wales. It was originally called Kingston House but very soon became better known as Chudleigh House before reverting back to its original name. In 1762, a guest called her house, "a gem... it contains a quantity of handsome and costly furniture and other curiosities and objects of value, chosen and arranged with the greatest taste, so that you cannot fail to admire it greatly. Everything is in perfect harmony. The view, over Hyde Park, and at the back over Chelsea, is considered with truth one of the finest that could be pictured". In 1764, the renowned Italian lover, Casanova, was tended to here in the Drawing Room having sprained his leg when he came off his horse in front of the house. Elizabeth was later found guilty of bigamy for marrying the Duke of Kingston in 1769 and she died at the Chateau Sainte-Assise that she leased near Paris....
zoom_in 4 images 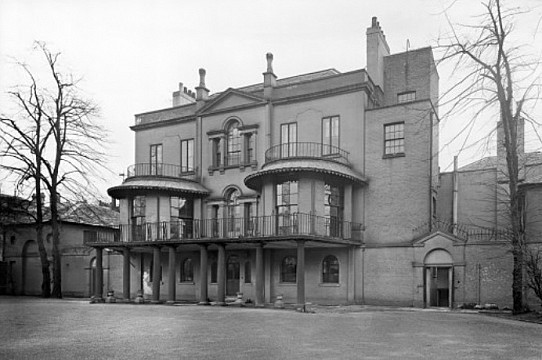 Kingston House remained in the ownership of the Hare family until the death of the 4th Earl in 1931, when the estate passed to his younger son, John Hare (1911-1982), M.P., 1st Viscount Blakenham. In 1935, he sold the house and what remained of the land for redevelopment and following the death of his grandmother, the Countess of Listowel, in 1936, the house was demolished the following year and replaced by two large art-deco blocks of private apartments: Kingston House North and Kingston House South.