Completed in 1830, for Jérôme Napoléon Bonaparte I (1805-1870) and his wife Susan May Williams (1812-1881). It is one of only two grand mansions that pre-date the Civil War in the vicinity of Reisterstown and is also noted for its mid-19th century private chapel in the Greek-Revival style. The mansion was the setting for the film Hearts Divided (1936) that told a romantic version of Jérôme's parents in the early 1800s, but was received badly for its total inaccuracy. Today, it serves as the headquarters of Camp Fretterd, a military reservation used by the National Guard....
zoom_in 1 images 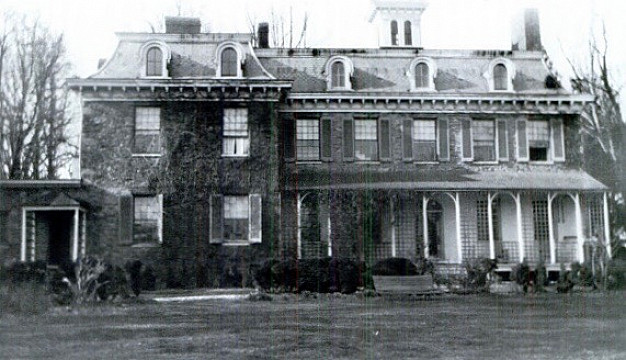 Jérôme was the nephew of Emperor Napoleon of France. His father, Jérôme-Napoléon Bonaparte, had enraged his brother by marrying an American girl, Elizabeth Patterson (1785-1879). The marriage came to a rapid end in 1807 when the Emperor recalled his brother to the Europe, appointed him King of Westphalia, and promptly married him off to Princess Catharina Frederica of Württemberg. From London, Jérôme returned with his mother to the United States where he grew up with her and her family at Baltimore.

Jérôme's maternal grandfather, William Patterson (1752-1835), laid the foundation of his wealth running guns to the Revolutionary Army and at the time of his death, in Maryland his fortune was second only to Charles Carroll III (1737-1832), of Carrollton. Patterson was keen to see his grandson settle in the United States and after Jérôme's marriage in 1829 to Susan May Williams (1812-1881), he presented the young couple with the new mansion on a plot of 300-acres purchased back in 1779 from Robert Carter III (1727-1804).

Patterson had started building the mansion back in 1827 when it was still part of his plantation. The result was a stone house with 36-windows, ornamental sashes, two parlors, pine panelling and decorative plasterwork. The Bonapartes increased its land and maintained it as a summer home. By 1841, they had established themselves permanently in Baltimore and although the sale did not officially go through until 1843, the house was by then already occupied by its new owners, Col. Franklin and Elizabeth (Stirling) Anderson.

By 1841, the Andersons had renamed the estate "Montrose" for Mrs Anderson's ancestor, one of the Scottish Marquesses of Montrose, "enemy of religious intolerance and champion of human rights". They kept two slaves, filled the house with furniture worth $3,000 and at a cost of $6,000 built a large 2-story east wing. In 1855, they added the first of two private chapels: a stone, Greek-Revival building with a 3-story bell tower.

The Colonel predeceased his wife at Montrose in 1866, but his widow continued to live there until 1879 when she willed Montrose and its 535-acres to her nephew, Archibald Stirling, Jr. (1832-1892), U.S. District Attorney of Baltimore whose father was President of the Savings Bank of Baltimore. Archibald moved in with his wife, Anne Steele Lloyd (1843-1890). In 1880, they made further improvements to the house, enlarging it to 24-rooms and adding the mansard roof with round-top dormers, the cupola, and bracketed cornice.

The lavish entertainments and sumptuous feasts hosted by the Stirlings, "were, if possible, on a more extravagant scale than had ever before been witnessed within those halls". But, their expensive tastes caught up with them and unable to repay a loan of $8,000 taken from the distinguished politician Charles Joseph Bonaparte (1851-1921) - the younger son of the original owners - Montrose briefly reverted back to that family.

Bounding from Bonaparte to Camp Fretterd

In 1890, the estate was described as being comprised of, "a fine stone dwelling with several outbuildings set in fine woodland". However, Bonaparte held no sentimental attachment to his parent's former summer home and within a month of owning it he sold it on to the brothers Richard and James Clark. In 1893, they sold Montrose to Elizabeth A. K. Mankin, "a maiden lady who, with a favourite niece, lived in retirement until 1903". In that year, the estate was put up for sale at public auction. It still contained 535-acres and its valuable woodland, but now also included a large orchard. The buildings were described as follows:

Montrose was purchased for $20,000 by Dr Adam M. Kalbach, a retired physician who kept a townhouse at Lancaster, Pennsylvania. By then noted for its landscaped gardens of boxwood and roses, he used the estate as a summer home for his wife and their, "five charming daughters". By 1920, the title deed was held by Anna May Kalbach who sold Montrose that year to Frederick P. Gibson.

The Gibsons off-loaded it the following year for $26,910 and the grand old mansion became the Maryland Industrial Training School for Girls. Though it ceased to house the school in the 1930s, it remained connected to it up until it became defunct in the 1990s. In 1990, it was added to the National Register of Historic Places and as of 2010, it has been the headquarters of Camp Fretterd, a military reservation used by the National Guard. 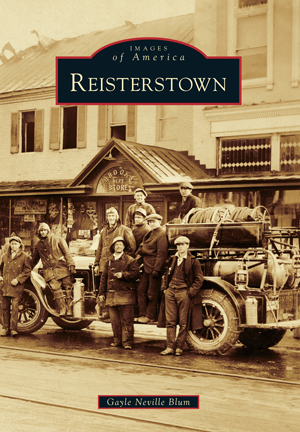