Built between 1757 and 1778, for George Washington (1732-1799), 1st President of the United States, and his wife, Martha Dandridge (1731-1802). Located on the shores of the Potomac River, it is widely regarded as one of the most scenic and historically important tourist attractions within easy reach of Washington DC. Since 1858, it has been owned by the Mount Vernon Ladies' Association who opened it to the public in 1860; and, as George Washington himself had said back in 1796, "I have no objection to any sober or orderly person's gratifying their curiosity in viewing the buildings, gardens, &ca. about Mount Vernon". The 500-acre estate contains the fully restored mansion with original artefacts, outbuildings, gardens and since 2006 a museum that focuses on giving detailed insight into the family life of America's first president at his beloved plantation...
zoom_in 9 images 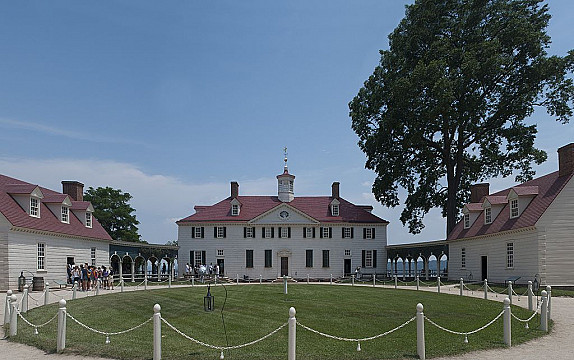 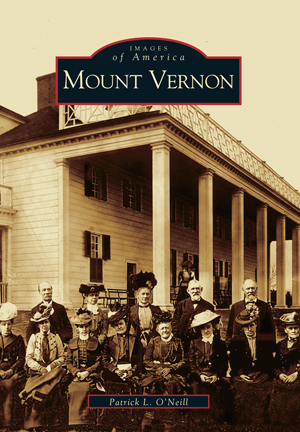 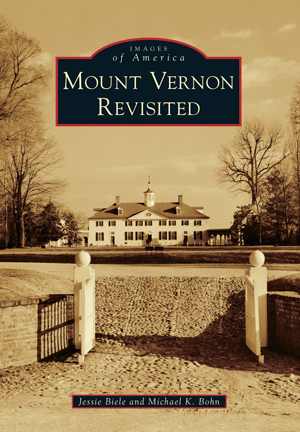 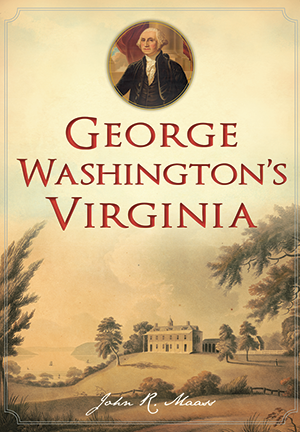 George Washington's Virginia By John R. Maass
The Washingtons came into possession of the land on which Mount Vernon was built in 1674. This 5,000-acre patent in Fairfax County was granted to the President's great-grandfather, Lt.-Colonel John Washington (1632–1677), and John's friend Colonel Nicholas Spencer (1633–1689). In 1690, John's son and the President's grandfather, Lawrence Washington (1659–1697), agreed to divide the land between himself and the Spencer family, giving the Washingtons sole possession of some 2,000-acres that became known as Little Hunting Creek Plantation. Lawrence left this particular estate to his youngest child, Mildred Washington (1696–1747), who in 1726 sold the property and its slaves to her elder brother (the President's father), Augustine Washington Sr. (1694-1743), for £180.

In the same year that Augustine purchased Little Hunting Creek, he also acquired land at Pope's Creek (later renamed Wakefield) that neighboured the estate he had inherited from his father in Westmoreland County. Sometime between 1726 and 1735 he built a small plantation house at Little Hunting Creek, but his primary residence was at Wakefield. In his will, Augustine left his sister's former property to his eldest son, Major Lawrence Washington (1718-1752), who renamed it Mount Vernon in honor of the British Admiral Edward Vernon (1684-1757), with whom he'd served during the War of Jenkins' Ear.

In 1752, Lawrence died at the small plantation house at Mount Vernon, but he had spent little time there since returning from military service nine years previously. He left the estate to his widow, Anne Fairfax (1728-1761), who within the year had remarried Colonel George Lee (1714-1761). She leased Mount Vernon for £82 a year to her first husband's devoted half-brother, George Washington (1732-1799), and on her death in 1761 the plantation passed into his sole possession.

Over the next forty years, Washington worked tirelessly to expand his tobacco plantation from 2,000 acres to 8,000 and the mansion house from six rooms to twenty-one. Architectural historians generally believe that the mansion was built to Washington's own design. In 1757, he began the first series of improvements to Mount Vernon, razing and then doubling the size of the original plantation house built by his father. Between 1775 and 1778, Washington again doubled the size of his home, adding the second story wings before connecting them to the main house with quadrant colonnades in the Palladian style. The octagonal cupola over the center of the house is crowned with a short spire topped by a gilded dove symbolizing peace.

The interior features painted panelled walls, ornamented plasterwork ceilings and in rooms such as the Small Dining Room and West Parlour, door cases with ionic columns and pediments. Perhaps the most historically important room is the study that Washington kept private and was only entered by a privileged few. The grandest room is the Large Dining Room/New Room that stands over two stories with it's vast Palladian window and the marble chimney piece gifted to him by Samuel Vaughan (1720–1802) that caused him to worry, it being "too elegant & costly I fear for my own room, & republican stile of living". Another gift came in the form of the English boxwood trees that surround the entrance, cuttings of which were sent to Washington in 1786 by Major-General Henry "Light Horse Harry" Lee III (1756-1818), of nearby Stratford Hall.

On each side of the circular green in front of the house are walled fruit and vegetable gardens. Numerous outbuildings include the greenhouse, ice house, overseers quarters, slaves quarters, salt house, spinning room, storehouse, smokehouse, wash house, laundry yard, coach house, stables and the gardeners house. The Botanical Garden contains a museum displaying Washington's survey equipment, weapons, clothing and even a set of his dentures. George and Martha's tomb is found by the fruit garden near the slaves burial ground, while the older Washington family tomb is near the river.

In 1799, Washington died at Mount Vernon and though his widow, Martha, remained there, almost immediately the estate began to fall into disrepair through a result of her unhappiness and lowered income. When Abigail Smith (1744-1818) - the wife of the John Adams (1735-1826) who succeeded Washington as the 2nd President of the United States - visited Martha at Mount Vernon in 1800 she felt the place forlorn and neglected. After Martha's death in 1802, the household furniture and livestock was auctioned off as per the stipulation set forth in Washington's will. The sale raised $100,000 which was divided equally between his heirs and Mount Vernon was left to his nephew, Judge Bushrod Washington (1762-1829), who spent his summers there.

Bushrod inherited a smaller and much less profitable Mount Vernon. Nonetheless, he did his best with it and even added a balustrade around the roof of the piazza and a small porch with a similar balustrade at the south end of the mansion. Despite these improvements, he lacked the funds to keep the mansion in good repair and it gradually sank further into decay. Bushrod died suddenly in 1829, and being childless, he divided the estate between the children and grandchildren of his siblings, with the mansion itself going to his nephew, John Augustine Washington II (1789-1832).

John moved into the mansion with his wife, Jane Charlotte Blackburn (1786-1855) and their children, but just three years later, he too died. Mount Vernon passed to their eldest son, Lt.-Colonel John Augustine Washington III (1821-1861), who struggled in vain to restore the historic home and secure government grants but finally admitted defeat in 1848 and put the mansion and a small parcel of land around it up for sale at $200,000. However, John maintained a strong feeling of attachment and responsibility towards the house and turned down several generous offers, refusing to sell to anyone whose motives he doubted.

It was through the extraordinary efforts of Ann Pamela Cunningham (1816-1875) and the association that she founded that the house was saved for prosperity as a shrine to Washington's memory. Her mother had drawn her attention to the sad plight of Mount Vernon after having seen the crumbling old house in the moonlight during a boat trip down the Potomac in 1853. The Mount Vernon Ladies' Association was officially chartered in 1856 and two years later Ann signed the contract that purchased the house and 202 acres of the surrounding land for an initial payment of $18,000. In 1860, John Washington waived the outstanding $6,600 still owed to him and that same year Mount Vernon opened it's doors to the public for the first time. Since that date, over 80 million visitors have come to see the plantation home of America's first president.

In 1960, Mount Vernon was designated a National Historic Landmark and since then it has been added to the National Register of Historic Places. Through the decor, furnishings and color schemes, every effort has been made to maintain the original ambiance of Washington's home. His personal possessions and family portraits are on display making Mount Vernon today as much a personal memorial to the great man himself as well as one of the most historically important museums in the country. Opened on the grounds in 2006, the Ford Orientation Center and Donald W. Reynolds Museum provide in depth detail to Washington's extraordinary life. In addition to this the property also contains a food court, gift shop, book store and the Mount Vernon Inn Restaurant.