Completed in 1912, for "Freddy" Alfred Gwynne Vanderbilt (1877-1915) who occupied the top two floors until his tragic death just two years later. Having watched Jack Astor successfully convert prime Manhattan real estate into luxury hotels, Vanderbilt saw an opportunity to build a luxury hotel of his own six blocks south of Grand Central Terminal. The GCT was being built by the New York Central Railroad - the backbone of the Vanderbilt fortune and of which his uncle, William K. Vanderbilt, was then still the majority owner - to replace the Grand Central Depot built by Freddy's great-grandfather "The Commodore" in 1871. In 1911, Freddy commissioned Warren & Wetmore (one of the firms working on the GCT's interior) to build him an hotel synonymous with the panache that went with anything built by a Vanderbilt in those Gilded days....
zoom_in 2 images 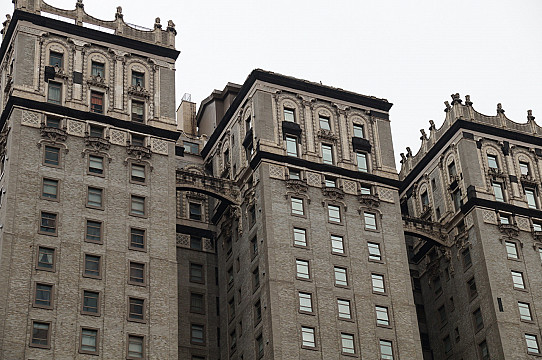 Aside from the luxury it afforded, the hotel was also touted to be fireproof and found itself unexpectedly tested just three days after opening when a fire broke out on the 4th floor. The insurance report concluded that the "intensely hot fire" was confined to, "a relatively small space due to the architects and engineers forward thinking designs".

Freddy married his second wife, Maggie Emerson, in 1911 and they moved in to the top two floors the following year. The New-York Tribune described their apartments as being,  “the equivalent of a complete town house". Fortune had intervened for Freddy in 1912 when he decided at the last moment not to board the ill-fated Titanic, but he wasn't so lucky in 1915 when the ship on which he was sailing to London, Lusitania, was torpedoed by the Germans and Freddy went down with it having given away his lifejacket to a young mother. Almost immediately the heartbroken Maggie moved out and relocated to Ventfort Hall, leasing their apartments to the newly-founded Women’s City Club.

From 1920, the club relocated and that year the retired opera tenor, Enrico Caruso (1873-1921), moved in with his socialite wife, Dorothy - twenty years his junior. They didn't stay long, he left for Italy where he died just the following year. The hotel foreclosed during the Great Depression and investors transformed it into present purpose: the lower floors are for office space and the top 18-floors became studio and one-bed apartments.