Built in 1917, for George W. Schurman (1867-1930) and his wife, Helen Munro (1875-1955), though it is best associated with its third owners, the Bouviers, who for 22 years gravitated here every summer. This was the adored childhood summer home of former First Lady Jackie (Bouvier) Kennedy and where she learned and developed her lifelong passion for horse-riding as well as being taught an appreciation for antiques, gardening, local legend and poetry. It has always remained a private home and was most recently renovated by Reed and Delphine Krakoff who were delighted when on completion Martha Stewart asked if they had done anything to the place....
zoom_in 3 images

George Schurman was a Canadian from Prince Edward Island who became senior partner in the law firm of Hughes, Schurman & Dwight at New York. He was the brother of Jacob Gould Schurman (1854-1942) who had served as the American Ambassador to Greece, Montenegro, China and Germany before being appointed President of Cornell University. Their wives were sisters, being the two daughters of another Canadian who found success in New York, the publisher George Munro (1825-1896) who left a fortune of $10 million.

The Schurman brothers had been summering at East Hampton since the beginning of the century and Jacob was the first to build a home there - since all but demolished and remodelled beyond any form of recognition. In about 1915, George purchased 12-acres of farmland off Further Lane from Burnett Mulford Osborne (1856-1943). This gave him an estate opposite that of his brothers. He then employed the architect Arthur C. Jackson (1866-1941) to draw up the designs for his new house which was built by Edward M. Gay.

The result was an 8,500 square foot home loosely modelled on a 16th century Florentine villa that in its first few decades was covered in ivy. It is approached by a long drive that curves up through the grounds planted with mature maple, willow, linden and various fruit trees. The gardens near the house were landscaped and included a brick-columned "Garden House" as well as an Italian sunken garden that featured a Baroque fountain.

The Schurman's house was a stone's throw from both the Atlantic Ocean and the exclusive Maidstone Club in which all of their family were active. Mrs Schurman was an enthusiastic member of the Garden Club of East Hampton and in 1919 the Schurman's gardener, Joseph Cassidy, won awards at the Garden Show for his "collection of perennials... dish of pansies... blooms of buddelias," and his "collection of vegetables".

In 1923, George and Helen followed their respective siblings and relocated to another estate on the mainland at Bedford Hills in Westchester County, New York. They sold up at East Hampton to the Martin family who were not there for long and in 1928 it was sold again.

The new owners were John Vernou Bouvier Jr. (known locally as "The Major") and his wife, Maude, who are best remembered today as the adored grandparents of Jackie (Bouvier) Kennedy. The house was in fact purchased by Mrs Bouvier with money left to her by her English-born father, the merchant William Roberts Sergeant (1837-1917).

The Major's grandfather, Michel, was a French cabinetmaker who came to America in 1815 at the end of the Napoleonic Wars. Settling in Philadelphia, Michel counted Napoleon's brother, Joseph, among his clients and it was more than likely that some of his work was exhibited at the ex-King's chateau in New Jersey, Point Breeze. Michel went on to establish the Bouvier fortune through timber, coal and land speculation; and, that fortune was then significantly increased by his sons (including the Major's father) on Wall Street.

The Major was very proud of his military title, but his "military career" (strictly non-combative) had lasted just five months during which time he held rank in the "Judge Advocate Section of the Officer Reserve Corps" that sounded more like a gentleman's club than a hardened military unit! He was in fact a trial lawyer who was forced out of early retirement when he lost half of the $250,000 left to him by his father during the Wall Street Crash. He joined his uncle's stockbroking firm, M.C. Bouvier & Co., of New York, but was saved from working any longer than necessary when his financially astute uncle - who came out of the Crash almost entirely unscathed - died and left him $1.3 million.

The Bouviers kept an apartment in Manhattan at 765 Park Avenue but each May decamped for the summer (along with their retinue of staff) to East Hampton, otherwise nicknamed "Wall Street-on-Sea"! They named their summer home "Lasata" which in the language of the Shinnecock Indians whose territory this was once was, means "Place of Peace". However, peace was likely a rare commodity as all five of their children plus their ten children also congregated en masse at "Grampy Jack's"! Sunday lunches of roast beef followed by peach ice cream (home-made by their French chauffeur on the back porch) would often attract as many as 17 Bouviers around the old Jacobean table in Lasata's mustard-colored dining room, with children seated on a smaller table in an alcove!

After the Major's windfall in 1935, life at Lasata really took off: he could swagger around  enjoying his role as "Lord of the Manor" while Mrs Bouvier and their gardener, Paul Yuska (who was also the caretaker during the winter months) maintained the gardens that included a kitchen garden, grape arbour and the Schurman's sunken Italian garden that was now to be found interspersed with classical statuary. There was a tennis court and stables for "Black Jack's" eight steeds, each with their name stencilled in gold leaf above their stalls. The 12-acres of grounds included paddocks and a jumping ring and it was here that Jackie not only developed a lifelong passion for horse-riding that would shape her life at Merrywood and Glen Ora too, but also where she became a truly accomplished rider. This was evident from an article in 1940 in The New York Times:

Jacqueline Bouvier, an 11-year-old equestrienne from East Hampton, Long Island, scored a double victory in the horsemanship competition. Miss Bouvier achieved a rare distinction. The occasions are few when a young rider wins both contests in the same show.

Aside from horse-riding, it was also here that Jackie developed a knowledge of local legend and horticulture by following her grandmother around the gardens. On these tours, Grandma Bouvier would point out various flora and fauna before further enlivening her grand-daughter's young and curious mind with tales of their "legends and lore". Inside was no less magical and several pieces of fine antique furniture and curios originally from the Bouvier Mansion in Philadelphia provided further fuel for stories and imagination. Then, there was Grampy Jack who encouraged her to write poetry which, "gave him great pleasure". At the age of ten, Jackie penned this verse about her summers at Lasata:

When I go down to the sandy shore,
I can think of nothing I want more,
Than to live by the booming blue sea.
As the seagulls flutter around about me,
I can run about when the tide is out,
With the wind and the sea all about,
And the seagulls are swirling and diving for fish,
Oh-to live by the sea is my only wish!

Jackie's parents divorced in 1940. Two years later, her mother was married to "Hughdie" Auchincloss and in 1943 Jackie spent her first Christmas at Merrywood with her step- family which was also her first Christmas away from the Bouviers and Lasata. Both Merrywood and Hammersmith Farm would go on to hold happy memories for her, but Lasata was hers, and she was devastated when it was put up for sale just five years later.

"Nothing is Certain but Death and Taxes"

The Major should have existed more than comfortably off the interest from his capital. But, since inheriting $1.3 million from his uncle in 1935 and his death in 1948, after tax, he left a comparatively paltry $550,000 to be divided between his heirs - plus his real estate which included Lasata since he'd paid his wife back in 1935. His twin daughters, Michelle and Maude had borrowed the least from him so they received the most, as well as Lasata and the first cottage they'd bought on Long Island, Wildmoor. But, to the dismay of all the family, the cost of maintaining Lasata was impossible and within the year the twins put it on the market. Their nephew John H. Davis recalled: "For most of us, after Lasata was gone, everything that came next was second-rate". Lasata was sold in April, 1950.

For the next 15-years of Lasata's history I was unable to establish with any clarity who the owners were. If you know, please do leave a comment. Its history picks up again in 1965 when it was bought by William M. Meehan (1915-1986) and his wife, Miriam "Mimi"  Fitzsimmons (1912-2005). William and his brother, Joseph, both served as Governors of the New York Stock Exchange and had been the senior partners of M.J. Meehan & Co., a brokerage firm started by their father, Michael, who in 1935 had the dubious honor of becoming the first individual to be prosecuted by the Securities & Exchange Commission.

Reed & Delphine Krakoff - "drawn to places that scare everyone else away”

"Mimi" Meehan died in 2005 and is remembered in East Hampton by the Mimi Meehan Native Plant Garden. Lasata was put on the market for $25 million and it was purchased a year later - for a million less - by fashion designer and creative director of Tiffanys, Reed Krakoff, and his wife, Delphine, the Parisian born-and-raised interior decorator.

Having been home to one family for forty years, the eight-bedroom mansion with five bathrooms was in need of some attention. But, whereas most designers want to strip back, start again and modernise, the Krakoffs took a different approach: "The trick was to make it look like we did nothing at all," and the best complement they received was when Martha Stewart toured the house and asked if they had done anything! Even 200-year old wooden floorboards were fitted to give the antique house the expectant creak under foot.

The Krakoff label drew plenty of interest but the price tag remained prohibitive. Not shifting, they rented the house for the summer season of 2016 to the Russian oligarch, Roman Abramovich, and his wife Dasha Zhukova from whom he separated months later.

When the Krakoffs bought Lasata, it still stood on just over 10-acres, but they divided it into two properties so that the main house was sold with 7-acres and the remaining 3.5-acres with the tennis court was sold separately, for the reduced price of $12 million. Lasata and its 7-acres first went on the market for $39 million, but in order to shift the mansion they shaved $9 million off the asking price when it was finally sold in 2017. 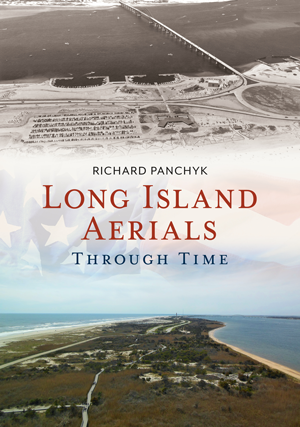 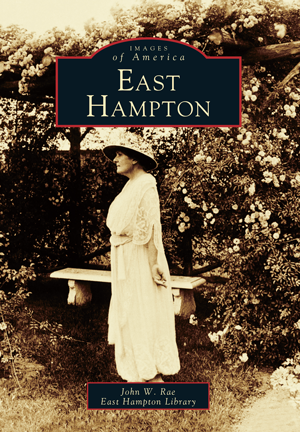