Built 1820-23, for James Monroe (1758-1831), 5th President of the United States, and his wife Elizabeth Kortright (1768–1830). It was the Monroes primary residence until 1830 and today it is one of the only privately-owned early presidential residences in the United States. This is a family home and not open to the public, so privacy is to be strictly respected, but through the Mosby Heritage Area Association a limited number of educational groups are welcomed annually...
zoom_in 5 images 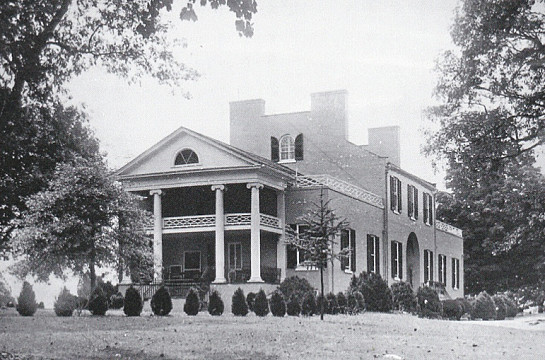 In 1794, Monroe and his maternal uncle, Judge Joseph Jones (1727-1805), purchased 4,400 acres in Loudoun County, Virginia, from Colonel Charles Carter (1707-1764). However, rather than erect a house on this land, five years later he built Highland, his principal country residence for the next twenty four years that stood opposite Monticello.

His uncle died childless in 1805 and Monroe came into sole possession of their property, giving management of the estate to his younger brother, Andrew Augustine Monroe (1760-1836), who lived at the 6-room overseer's house from 1808 to 1817. James Monroe unsuccessfully attempted to sell 2,000 acres of the estate in 1810 and again in 1825. On both occasions the price he hoped to achieve for the land was not met.

Monroe enjoyed an expensive lifestyle that he could not altogether afford, and by the time he had been elected 5th President of the United States in 1817 he had already incurred heavy debts. Nonetheless, he started to spend summers at his Loudoun County property and by 1823 he had completed the construction of a two-story, Federal-style brick mansion with a large pillared portico.

Using the suggestions of Monroe's close friend, the former president Thomas Jefferson (1743-1826), the house was designed by James Hoban (1758–1831), the architect of the White House. Monroe named his new home Oak Hill for the six oaks he planted on the front lawn, each one having been presented to him by a Congressman from each of the then six states of America. Officially, Oak Hill was never Monroe's "Summer White House" as he was never accompanied by any of his government staff on his visits. Oak Hill remained unchanged in its outer appearance and was described in 1937:

The home, 50 by 90 feet, is a stately mansion of the old Virginia style, being surrounded by a grove of magnificent oaks, locusts, and poplars covering several acres. A wide Greek portico, overlooking private gardens, fronts south with massive Doric columns, 9 feet in circumference. These columns, 30 feet in height, are beautifully proportioned of hollow brick and stuccoed. The building is cream brick construction, three stories including a basement. Simple, but solidly and beautifully built. The bricks were all burned on the place, and all the inside work was cut out by hand. The marble and mantels in the drawing and dining rooms were ordered for Monroe by LaFayette (in gratitude for saving Madame de Lafayette from the guillotine in 1795 when Monroe was U.S. Minister to France) and sent over to him from Italy.

On retiring from office in 1825, Monroe's debts forced him to sell Highland, the larger of his two plantations and where he was closer to his friends. He took up residence at Oak Hill with his ailing wife and their elder daughter, Eliza Kortright Monroe (1787-1835) and her husband, Judge George Hay (1765–1830), who ran the household for them. That summer they received two distinguished visitors at Oak Hill in his successor, John Quincy Adams (1767-1848) and the Marquis de Lafayette.

In Oak Hill, Monroe finally had the house which he had always hoped of one day living in. It was here that he penned the "Monroe Doctrine" most recently invoked by Ronald Reagan (1911-2004), 40th President of the United States. Monroe lived an active and happy life at Oak Hill until his wife's death in 1830. That year, he moved up to New York City to live with his younger daughter, Maria Hester Monroe (1803–1850), and her husband.

Shortly before his death in 1831, Monroe attempted to sell Oak Hill one last time to raise some capital for Maria. But, the family were relieved to see the sale fall through, knowing Monroe's emotional attachment to the place as his last slice of land in Virginia - the state in which his ancestors had held land since 1650.

Oak Hill passed to Monroe's younger daughter, Maria Hester Monroe (1803-1850) and her husband Samuel Laurence Gouverneur (1799–1865). They initially used it as a summer home until Samuel Gouverneur retired as New York City's Postmaster-General in 1836 and the family moved there permanently.

Maria died there in 1850 and two years later either her husband, or their son Samuel Laurence Gouverneur, Jr. (1826–1880), regrettably sold the estate to Lt.-Colonel John Walter Fairfax (1828-1908) and his wife Mary Jane Rogers (1826-1871). It was Colonel Fairfax who planted the orchard of Albemarle Pippins Apples. According to legend, he sent some of the orchard's produce to Queen Victoria in England, who apparently preferred the apples to any others she had tasted before.

All but one of the Fairfax family in Virginia fought for the Confederate Army during the Civil War. Colonel Fairfax, "an old-school Virginia gentleman," served on the staff of General James Longstreet (1821–1904) and among his men he gained a considerable reputation for bravery in battle. With her husband away, Mrs Fairfax was left to run their household and as Union troops approached Oak Hill one week prior to the Battle of Gettysburg, she diplomatically hosted their commander, General George Gordon Meade (1815-1872). In deference to his gracious hostess and the fact that Oak Hill had been the home of a former president, Meade saw that no harm came to the estate.

According to a recent article for the National Trust for Historic Preservation, the only damage inflicted upon Oak Hill was to a decorative section of one of the marble mantels, "knocked off by a recalcitrant soldier.. its absence is a constant reminder of the conflict".
At the conclusion of the war, Fairfax's finances were severely affected and he removed to his other plantation home, Bellegrove, before being forced to sell Oak Hill in 1870. However, according to one of his descendants, Edwin Parker Conquest, Jr., the colonel had given first rite of sale to any member of the Fairfax family. It is therefore possible that Oak Hill stayed in the Fairfax family, but one way or another, the 800-acre plantation was repurchased in 1885 by the colonel's son, Henry Fairfax (1850-1916), who had grown up at Oak Hill before becoming a successful engineer and state senator.

The Littletons had previously lived at Olive's family home, Tahoma, in Mamaroneck, New York, but returned to her husband's native Virginia when it became too expensive to maintain. In 1922, they enlarged the wings either side of the main house and laid out extensive 19th century-style formal gardens that included planting 450 American boxwoods.

Frank Littleton had once intended to open the house to the public as a monument to Monroe, spurning an offer of $700,000 for the estate in 1930 - made by the banker Andrew William Mellon (1855-1937). However, by the end of his life he was in debt to the tune of some $200,000 and in 1948 he was forced to put Oak Hill and its 1,200-acres up for auction. Twelve people paid $500 each in the hope of placing the highest bid; achieved by Thomas N. DeLashmutt, a builder from Arlington, Virginia, and the former owner of Evergreen Manor, who paid $220,000 for the historic estate.

In pursuit of his dream, Littleton still fought to reclaim the property but he was unable to match DeLashmutt's offer following the ninety days allowed after the auction. So upset was Littleton, that he refused to leave any of the original furnishings at Oak Hill and put them up for auction too. Luckily the Delashmutts were later able to buy back several of the home's original antiques.

Since 1995, Oak Hill has been the home shared by Tom (son of Thomas) and Gayle DeLashmutt, and their two daughters, Abigail and India. As stewards of the historic home, they have been exemplary. Though it remains very much a private residence, through the Mosby Heritage Area Association they invite groups from various school, history and garden clubs to enjoy the house and it's magnificent gardens - and occasionally they offer their home as a venue for fund-raisers.

The beautiful 3.5 acre five-tiered bowl garden, maintained by Gayle, has been featured in Virginia Living among other publications. In 2006, Tom and Gayle were rewarded with the "Preservationist of the Year Award" by the Loudoun Preservation Society. Gayle also was featured in Journey Through Hallowed Ground: Birthplace of the American Ideal (2008), published by National Geographic.

Oak Hill was designated a National Historic Landmark in 1960 and six years later it was added to the National Register of Historic Places before being placed on the Virginia Landmarks Register in 1969. Two U.S. Navy ships have been named USS Oak Hill after the estate. 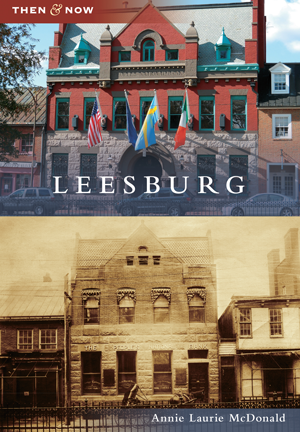 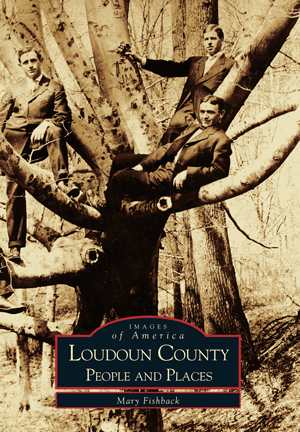 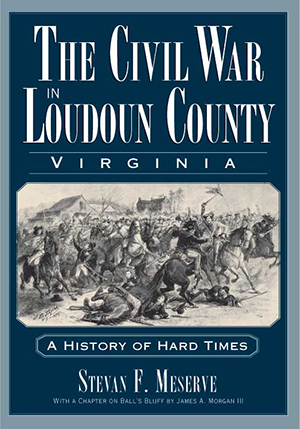 The Civil War in Loudoun County, Virginia: A History of Hard Times By Stevan F. Meserve & With a Chapter on Ball's Bluff by James A. Morgan III