Built from 1762, by order of King Louis XV for his mistress Madame de Pompadour on the grounds of the Palace of Versailles. Designed by Ange-Jacques Gabriel, Madame de Pompadour died before its completion in 1768 and instead it was first occupied by Louis' new mistress, Madame du Barry. When King Louis XVI succeeded to the throne in 1774, he gave the chateau and surrounding park (Grand Trianon) to his young Queen, Marie-Antoinette, entirely for her own enjoyment. It has inspired many houses in Europe and America, but perhaps most notably Marble House in Newport, the Countiss Mansion in Chicago, and Woolworth's Winfield Hall on Long Island.
zoom_in 18 images 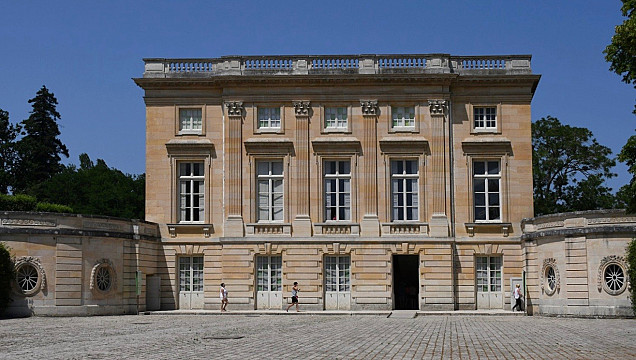 Trianon and the Queen's Hamlet at Versailles: A Private Royal Retreat By Jacques Moulin with Yves Carlier & Francis Hammond